Why Is Dr. Stella Immanuel Talking about Demon Sex? A Professor Explains 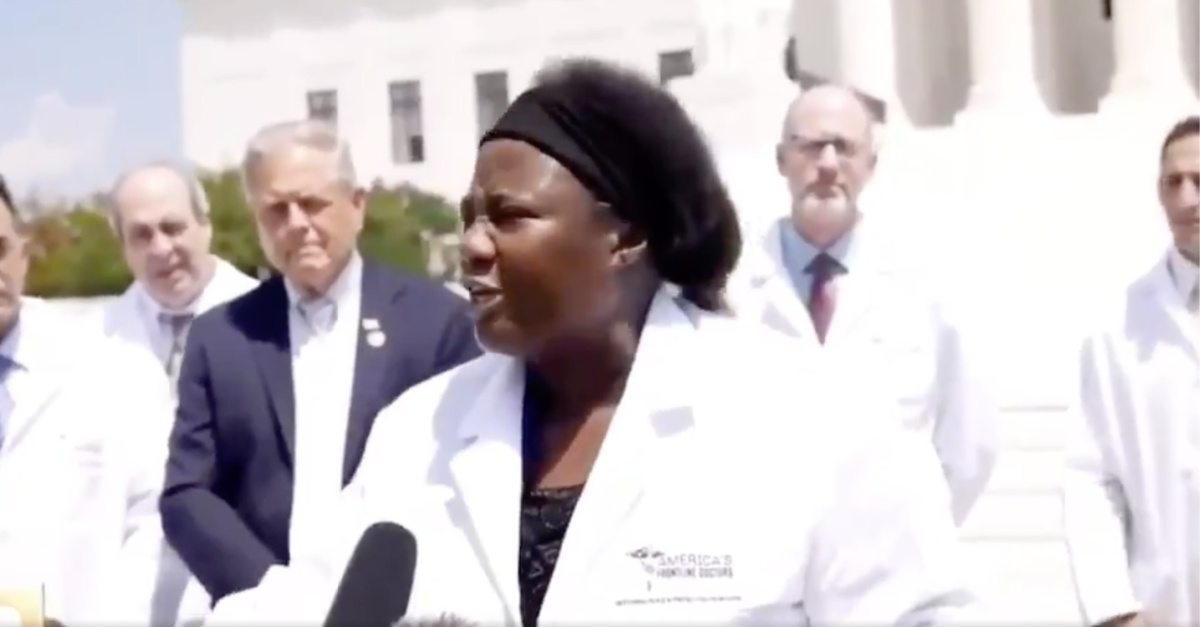 Why Is Dr. Stella Immanuel Talking about Demon Sex? A Professor Explains

(RNS) — When André Gagné heard Stella Immanuel, a Trump-supporting doctor, talk about demon sex and hydroxychloroquine, he knew what she was talking about.

At least the demon part.

“That’s essentially Genesis Chapter 6,” said Gagné, professor of theological studies at Concordia University in Montreal. Or at least one interpretation of the passage.

In that chapter of the Bible, spiritual creatures known as the “sons of God” look down on human women, find them to be good-looking and decide to sleep with them, leading to the birth of a group known as the Nephilim. All of this behavior eventually culminates in the Flood.

Immanuel, a doctor and the head of Fire Power Ministries, made headlines this week — both for her medical claims and her beliefs about spirituality and conspiracies involving aliens— when she appeared in a video promoting hydroxychloroquine to fight COVID-19.

Immanuel appears to be connected with African Pentecostal and charismatic church movements, where the spiritual world and the physical are closely connected.

What happens in the spiritual world affects the physical world in that belief system.

“It could be sickness, it could be prosperity,” he said about how the spiritual world might influence everyday life events. “It could be things around infertility. It could be anything. That world has an impact.”

And Immanuel likely sees no conflict between her training as a medical doctor, where she uses the tools of science to treat patients, and her work as a deliverance minister.

People who share her beliefs would understand what she’s talking about, said Gagné. When people outside the faith, with no context, hear or see what she said, things sound weird.

“We don’t understand this world. We don’t have the same epistemology,” he said.

Gagné noted the similarity to a Paula White sermon, when the Trump adviser preached about satanic pregnancies and caused a social media controversy. Those she was preaching to knew she was not talking about literal pregnancies, while outsiders were confused and horrified.

Gagné also pointed to “This Present Darkness,” the 1980s bestselling novel by Christian author Frank Peretti – in which angels and demons play an active role in the world — as an example of a similar worldview.

“Not all Pentecostals believe these things,” Gagné acknowledged. That part of the Protestant Christian world is large and diverse, he said, and not all use the same theological language.

Gagné also said people often compartmentalize their work life and their religious life. So he would not be surprised if Immanuel’s kept her spiritual beliefs separate from her medical practice.

He did say her public statements haven’t helped people understand her beliefs.

“She didn’t help her case when she started taking authority in Jesus’ name over Facebook,” he said.

For her part, Immanuel seemed to enjoy the headlines about her beliefs, claiming news media are essentially doing “free commercials on our deliverance ministries.”

“Fire Power is main stream,” she wrote on Twitter. “Thank you CNN and let me know when y’all need some of them demons cast out of you. I will gladly oblige. You will feel a lot better. Keep up the good work.”