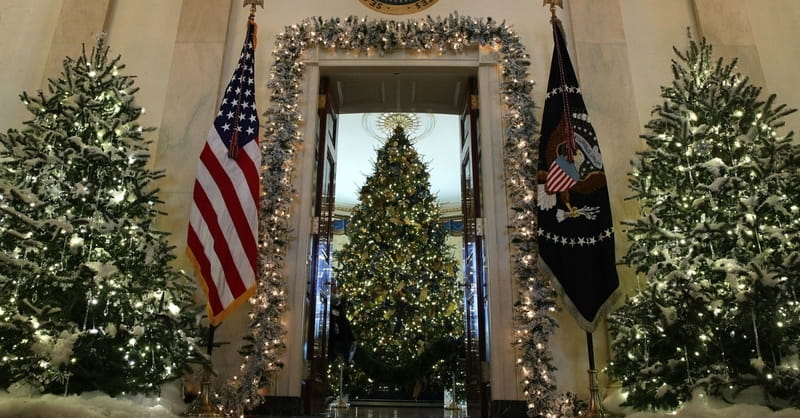 First Lady Melania Trump is spearheading Christmas decorating efforts at the White House. The theme for this year is “Time-Honored Traditions,” and included in that is a beautiful nativity scene.

In a video the First Lady posted on Twitter, viewers can see the nativity scene, which shows Mary, Joseph, and baby Jesus with a crown, as well as other stunning Christmas decorations.

“The decorations are up!” Melania Trump tweeted, “@WhiteHouse is ready to celebrate! Wishing you a Merry Christmas & joyous holiday season!”

Other decorations, according to BusinessInsider.com include 53 Christmas trees, more than 12,000 ornaments, 18,000 feet of Christmas lights, and 71 wreaths. LifeSiteNews.com reports that there are also cookies, bows, candles, and other reminders of the holiday season.

President Trump has often reiterated that “We’re gonna start saying Merry Christmas again!” and the White House decorations seem to back up the Trump family’s commitment to celebrating the Christmas holiday.

The decorations are up! @WhiteHouse is ready to celebrate! Wishing you a Merry Christmas & joyous holiday season! pic.twitter.com/d6ZuyeFvrw