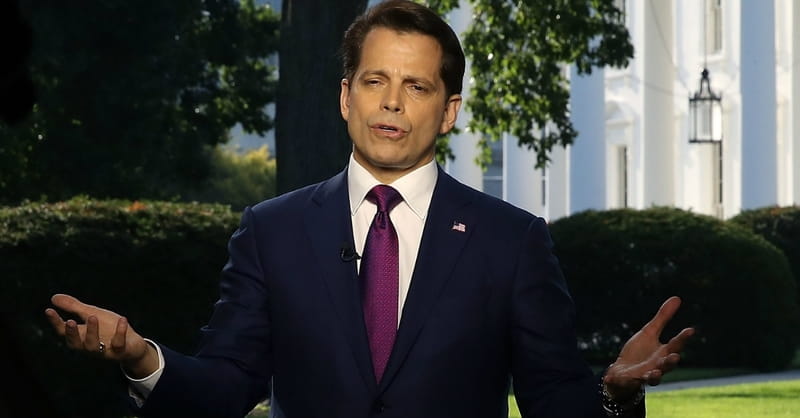 Scaramucci then continued to add to the current environment of instability within the Trump administration when he did controversial interviews with The New Yorker and with CNN. In the interviews, Scaramucci criticized those who leak information within the Trump White House, and also seemed to implicate Reince Priebus within that accusation. He also used expletives and vulgar language.

Despite Scaramucci’s avowed loyalty to Trump, however, it was announced Monday afternoon that he had been let go.

“Anthony Scaramucci will be leaving his role as White House Communications Director. Mr. Scaramucci felt it was best to give Chief of Staff John Kelly a clean slate and the ability to build his own team. We wish him all the best.”

The White House has not provided any further details on Scaramucci’s departure at this time.

Photo: White House Communications Director Anthony Scaramucci speaks on a morning television show, from the north lawn of the White House on July 26, 2017 in Washington, DC.