What Would Rachel Held Evans Do? Late Author's Voice Lives in Those She Championed 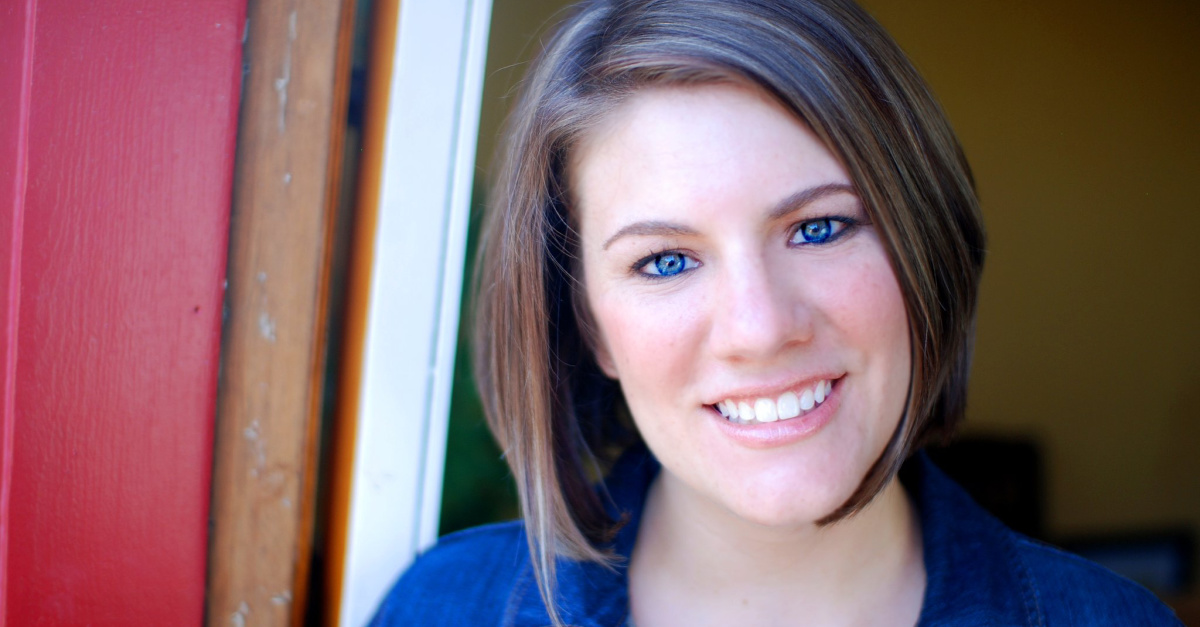 What Would Rachel Held Evans Do? Late Author's Voice Lives in Those She Championed

(RNS) — It's been a year since beloved progressive Christian author and speaker Rachel Held Evans died unexpectedly — and in that year, a common refrain sounded again and again online among her many readers and friends.

“I wish Rachel was here,” they would say, when her closest friends and collaborators release books she had encouraged.

“I wonder what Rachel would say about this,” they would mourn, as theological and political divides deepen and a pandemic sweeps the globe.

Matthew Vines has had those moments, too.

The author of “God and the Gay Christian” said he finds himself spending less time on Twitter now that Evans is no longer there.

Evans had a way of shaping the conversation online, he said. She provided a “grounding center in conversations and discourse” for all kinds of people — those on similar journeys from conservative evangelical Christianity to progressive Christianity, those who were beginning to doubt or ask hard questions about their faith, those who had walked away from church years ago or who were made to feel unwelcome there and never looked back.

“She was threading a lot of needles that are very difficult to thread, and in so doing, she was a bridge and a bridge who was able to reach a very broad spectrum of people,” Vines said.

“I don't actually wonder. I know what she would have said,” Vines said.

Evans continues to speak through the books she left behind, too.

In the weeks and months after her death at age 37 on May 4, 2019, following a brief illness, Evans’ 2015 book "Searching for Sunday" reappeared on The New York Times bestseller list, and Lin-Manuel Miranda tweeted he was reading her latest book, “Inspired.”

And Evans’ husband, Dan Evans, published a blog post outlining the author’s journey to affirming LGBTQ Christians that she had been working on at the time of her death.

Then there are all the authors and speakers who have platforms now because Evans made sure to share hers — particularly young women of color, according to Brenda Salter McNeil, associate professor of reconciliation studies at Seattle Pacific University.

They continue to speak, to write books, to make room for others, as Evans did.

Salter McNeil didn’t know Evans personally, she said, but she watched the way she poured into the lives of people she cares about, like author and speaker Austin Channing Brown.

She saw how intentional Evans was about giving up her place so that others who weren’t as well-known would have opportunities they otherwise wouldn’t.

“It was remarkable to see how she leveraged her access and her privilege to make it possible for other people,” the scholar said.

Evans opened a wide umbrella under which many people could find a place, she said.

“I think she used the time and the access that she had to courageously tell the truth. And there are some people, I think, who would credit her as being the person who made it possible for them to come back to God again, to believe God again, to believe there were Christ followers who were worthy to be trusted.”

That was true for Potawatomi Christian author Kaitlin Curtice, whom Evans invited to speak at the Why Christian? and Evolving Faith conferences she co-organized.

Evans “actively practiced belonging,” Curtice said, making room for people like herself who do not feel fully themselves within a church.

“She’s created a shelter with her words and her actions, her books and her embodiment of love. That will always be there, and that is the kind of church I can go to, even if it’s not gathering in a building every Sunday,” she said.

Curtice dedicated her book “Native,” which releases Tuesday (May 5), to Evans.

She was finishing the book last year when Evans passed, and, she said, “Her guidance and love stayed with me the entire time I wrote it.

“Her constant support and her friendship helped me understand why I write, and because she didn’t give up on me, I didn’t give up on myself. I dedicated it to her and to my ancestors, because all of them, together, have led me here,” she said.

For spoken word poet Emily Joy, Evans shared her platform by including a link to something she’d written in Evans’ “Sunday Superlatives,” a weekly roundup of the author’s favorite reads from around the web.

It was “the coolest thing that ever happened to me,” she said.

Emily Joy first stumbled across Evans’ writing while a student at the Moody Bible Institute in Chicago. She felt alone in the kinds of questions she was asking about her faith at the conservative evangelical college.

Evans — and the community that gathered around her — kept her from becoming discouraged. She said it’s no exaggeration to say the author changed her life.

For Lisa Salazar, it was an invitation from Evans to feature her in a blog post titled “Ask a Transgender Christian.” The post was part of a popular series on the author’s blog in which she introduced readers to a wide variety of people and gave readers the opportunity to ask questions and learn from them.

Salazar never imagined having a public platform, she said, but Evans gave her that. And realizing that “God was using my story” changed her life — she went back to school and started a second career as a hospital chaplain.

That one blog post has impacted others, too, she said. She still meets people at conferences who tell her they know her from the interview. She heard from one church that now has a ministry to transgender people after reading it.

“I'm just blown away that she gave me that opportunity and gave me a platform to be able to share my story and my theological perspective on what it means to be trans and be Christian,” Salazar said. “To me, that’s one of the biggest gifts, and it continues to bless people and bless me at the same time.”

Jen Hatmaker wasn’t new to writing and speaking to Christian audiences when Evans reached out to her at a pivotal moment.

When Hatmaker came forward as LGBTQ affirming several years ago in an interview with Religion News Service, she felt her platform crumbling. Her books were canceled, pulled off shelves and put out of print by Christian publishers.

Evans called her “right at that moment when everything was on fire, when it was all burning,” she told RNS in an interview last month.

“She said, ‘Jen, I'm going to tell you something right now that you're not going to be able to believe because everything feels so scary and loud and dark right now,’” Hatmaker said.

“‘But,’ she said, ‘you're going to get to a place really, really soon, even in this moment before you heal, before you recover, when you realize that telling the truth and doing the right thing is its own reward.’ She said, ‘It will be your comfort.’”

Evans was right, she said.

When Hatmaker was still the "darling" of evangelical Christian circles, when she was becoming increasingly uncomfortable with some of the things she saw there, Evans was one “of my true mentors and led me with such generosity and grace, holding a door open for me that I wasn't even sure I was ready to walk through,” Hatmaker said.

Such honest, vulnerable and often humorous conversations about one's questions and doubts, about one's spiritual journey from one set of beliefs to another, is taken for granted now, according to Peter Enns, Abram S. Clemens professor of biblical studies at Eastern University.

"But she certainly was a key person over the last 10 years to normalize the legitimacy of having a journey of faith that sometimes moves you from one thing to another and not to let people say you're less than because you've decided you need to be taking a pilgrimage to something you're not even sure where it goes," he said.

One year after her death, it appears Evans isn’t finished speaking yet.

Her husband, Dan Evans, told the Chattanooga Times Free Press that he is finishing their house and raising their children “to be emotionally empathetic, ferociously determined, unreasonably kind souls that have the impulse to speak up for others, fearlessness to speak out against injustice, and judgment to be kind. Like their mother."

Her sister, Amanda Held Opelt, told the local newspaper she is just now able to read many of the letters of condolences readers have sent to her family.

The friends and collaborators whose work she championed continue to write and speak.

Readers continue to find a place of belonging in her words and the freedom to ask questions.

And, Vines said, “I think there will still be another generation of people who are influenced by her and by her voice who maybe haven't even heard of her yet.

“To me, that's a beautiful thing.”