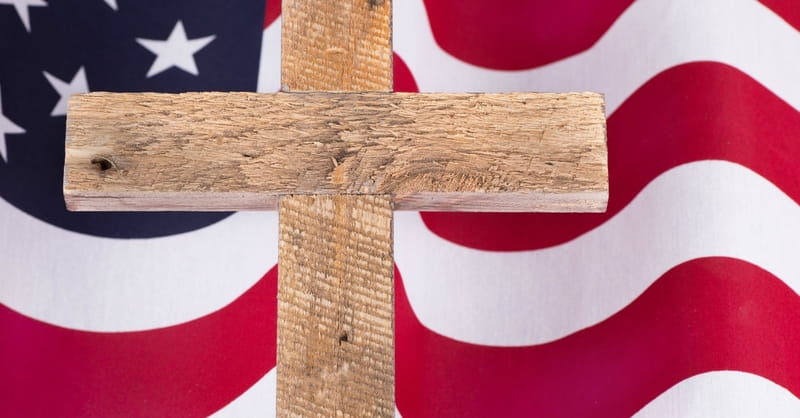 An Air Force veteran was forcibly removed from a ceremony where he was giving a speech because his speech mentioned God.

According to Breitbart.com, retired Senior Master Sergeant Oscar Rodriguez was asked by Master Sergeant Charles Roberson to give the “flag-folding speech” at Roberson’s retirement ceremony.

Rodriguez is often asked to give this speech at such ceremonies since he has a good speaking voice. He also chooses to use the traditional version of the speech which includes reference to God.

In 2005, the government changed the flag-folding speech to remove all references to God, but some service members still prefer to use the traditional version which says, “Let us pray that God will reflect with admiration the willingness of one nation in her attempts to rid the world of tyranny, oppression, and misery. It is this one nation under God that we call, with honor, the United States of America.”

In a video, viewers can watch Rodriguez giving this speech when four airmen grab him and forcibly escort him from the room while he continues to shout the words of the speech.

First Liberty Institute is defending Rodriguez and calling for the military to acknowledge that they violated his rights.

Specifically, First Liberty Institute is demanding that the military do four things: (1) issue a formal, written apology to Rodriguez, (2) admit that the Air Force violated his civil rights, (3) deliver a written promise to Rodriguez stating he is welcome on the Air Force base to engage in free speech, and (4) that those responsible for removing Rodriguez will be prosecuted.

First Liberty Institute says that if the Air Force does not meet these requirements, they will file a lawsuit on Rodriguez’s behalf.

See below for the video of Rodriguez being escorted from the ceremony for his speech.