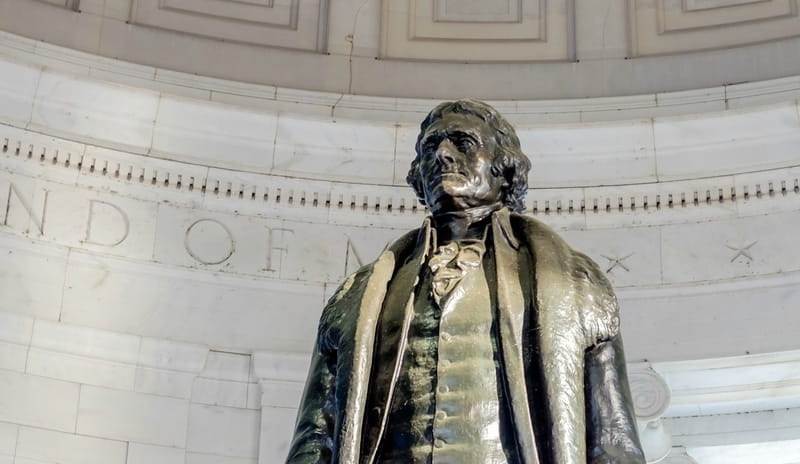 Hundreds of students and faculty members from the University of Virginia have asked the university’s president to refrain from quoting Thomas Jefferson, the school’s founder.

According to The Washington Times, UVA President Teresa Sullivan sent an email after the election of Donald Trump, seeking to promote unity.

“Thomas Jefferson wrote to a friend that University of Virginia students ‘are not of ordinary significance only: they are exactly the persons who are to succeed to the government of our country, and to rule its future enmities, its friendships and fortunes,’” Sullivan wrote in the email. “I encourage today’s U.Va. students to embrace that responsibility.”

Hundreds of students and staff have taken offense to Sullivan’s email and have penned a letter which has garnered 469 signatures which they sent to Sullivan on Friday.

The students and faculty who signed the petition believe that quoting Thomas Jefferson overlooks the fact that he owned slaves and held racist beliefs.

“We would like for our administration to understand that although some members of this community may have come to this university because of Thomas Jefferson’s legacy, others of us came here in spite of it,” the letter read. “For many of us, the inclusion of Jefferson quotations in these emails undermines the message of unity, equality and civility that you are attempting to convey.”

Assistant psychology Professor Noelle Hurd said she hopes the letter will “start a conversation” about how the university can better promote equality.

“I think that Jefferson is often celebrated for his accomplishments with little or no acknowledgment of the atrocities he committed against hundreds of human beings,” she said. “This is a complex issue but members of our community are intelligent and compassionate enough to be able to wrestle with this history and decide how we want to move forward as an institution that welcomes all.”