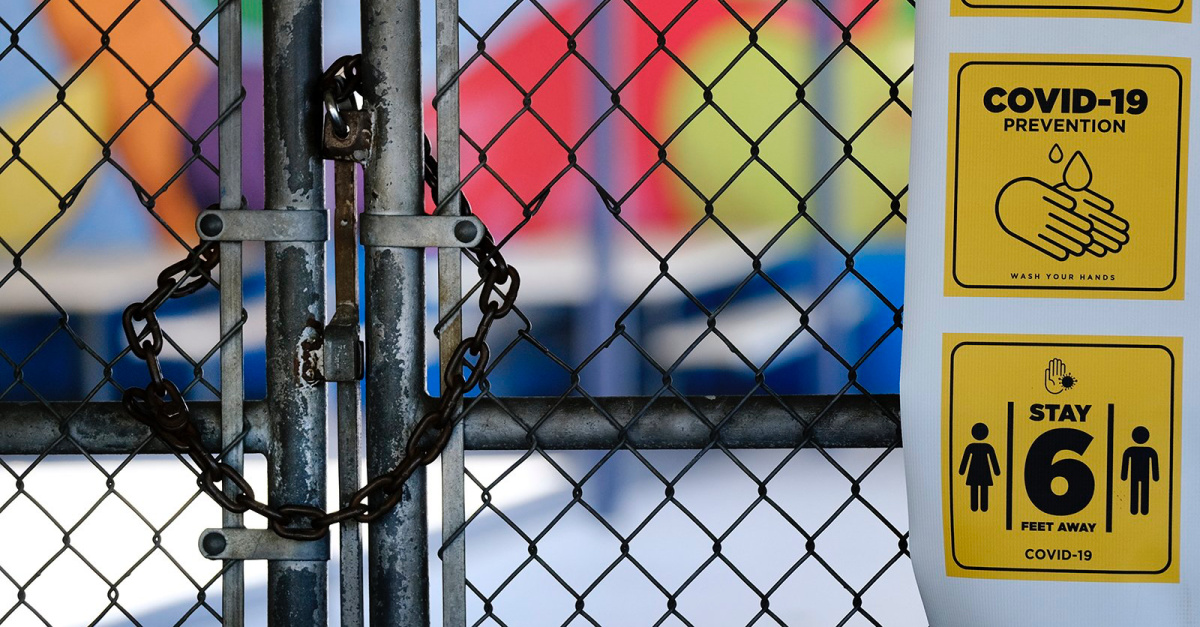 The Department of Catholic Schools for the Archdiocese of Los Angeles made this announcement on July 18, a day after California Gov. Gavin Newsom laid out new statewide rules for resuming in-person teaching.

Under these new requirements, private and public schools alike will not be allowed to reopen their campuses if they are located in counties that remain on the state’s monitoring list.

Currently, more than 30 counties in California remain on the monitoring list as COVID-19 cases have surged across the state.

This includes the counties of Los Angeles, Ventura and Santa Barbara where 265 Catholic schools are located.

“Though our return to our beloved campuses will be delayed for now, we will return,” said Paul M. Escala, superintendent of Catholic schools for the archdiocese, in a July 17 letter to families and educators.

“Until then, our schools will open at a distance and our community will once again rise to the occasion,” Escala said.

Schools will not be able to reopen until their county has been off the monitoring list for 14 consecutive days, according to the state guidelines.

“Learning is non-negotiable,” Newsom said in a July 17 statement. “The virus will be with us for a year or more, and school districts must provide meaningful instruction in the midst of this pandemic."

Escala, in his letter, acknowledged that COVID-19 cases have significantly increased since June 15, when the Department of Catholic Schools announced its plans to reopen for in-person classes.

As of last week, the archdiocese had still planned to resume in-person teaching even after the Los Angeles Unified School District, the second largest in the nation, announced the school year beginning in August will not start with students at school facilities.

At the time, Itzel Magana, an archdiocese spokeswoman, said Catholic schools were preparing for both in-person and distance learning.

The Archdiocese of Los Angeles issued a June 23 set of reopening guidelines that include protocols for physical distancing, facial coverings, frequent hand-washing, use of outdoor spaces for instruction and nontouch temperature checks upon entry.

It advised schools to consider using outdoor spaces for classrooms as well as utilizing parish centers, convents and churches to maximize physical distancing.

In the report, the archdiocese said schools “must cohort students into smaller groups and keep them together to the extent possible.”

This would help limit the spread of the coronavirus and make contact tracing easier in case a student or teacher tests positive for COVID-19, the archdiocese said.

Escala said their Catholic schools will now be well-prepared to reopen when the restrictions are lifted.

“Though the circumstances may not afford us the opportunity to start the school year in-person, our preparation efforts will pay-off when we are able to safely return to campuses,” Escala said.