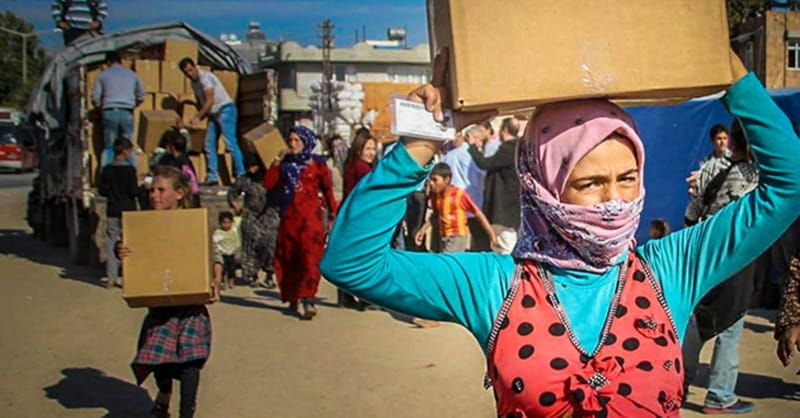 Legislation that would give government funding to relief groups that help displaced Iraqi and Syrian Christians unanimously passed through the House of Representatives Tuesday.

The Iraq and Syria Genocide Emergency Relief and Accountability Act was introduced by Rep. Chris Smith, (R-NJ) and Anna Eshoo (D-CA). It would allow the Department of Defense and the U.S. Agency for International Development to provide support to groups and organizations that are helping minority groups who have been forced to leave their homes because of the terror of the Islamic State.

The bill also authorizes federal support for entities that are investigating crimes against humanity and war crimes in Iraq and Syria.

Finally, the bill would order the attorney general and the secretary of state to review U.S. criminal statutes on genocide to see whether more statutory authorities are needed to prosecute for genocide, war crimes and crimes against humanity.

The advocacy group, In Defense of Christians, says that thousand of displaced Christians in northern Iraq, have not received help from the U.S. government even though the U.S. has given the Iraqi government millions earmarked for relief efforts.

"Unless Christians begin receiving assistance from the international community, including from the U.S. government, they are going to continue leaving Iraq, which is not in the interests of the United States," IDC Executive Director Philippe Nassif said in a statement. "This legislation will ensure that the U.S. government is assisting the organizations that are effectively serving these communities."

The bill now needs to pass through the Senate. It will then be sent to President Trump for signing.

"This crucial bill would hold perpetrators of violence accountable and partner U.S. aid with organizations like the Knights of Columbus and Aid to the Church in Need, who have been on the ground providing basic sustenance for Christian, Yazidi, and Muslim refugees,” said Maureen Ferguson, senior policy adviser with The Catholic Association.