Typhoon Hagibis Wreaks Havoc on Japan, As Many as 33 People Dead 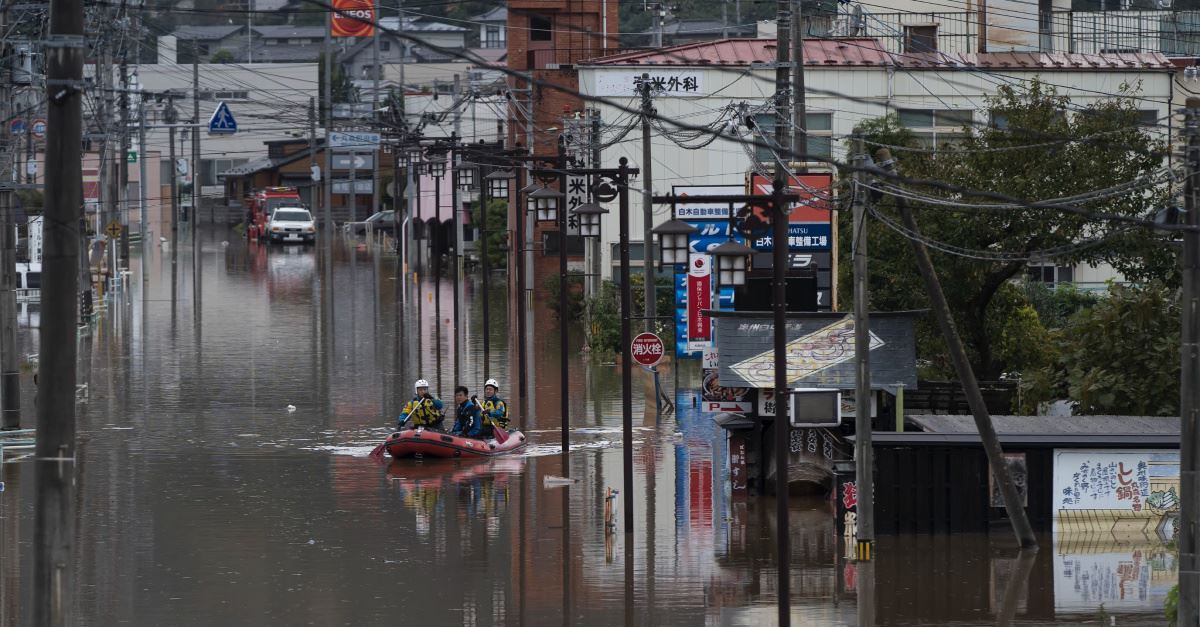 Typhoon Hagibis Wreaks Havoc on Japan, As Many as 33 People Dead

A typhoon hit Japan just south of Tokyo on Saturday evening killing anywhere between 14 and 33 people.

According to the Associated Press, Typhoon Hagibis wreaked havoc on northern and central Japan Saturday dumping several inches of rain and producing high gusts of wind in the area.

Fourteen different rivers across the island country were also reported to have flooded as a result of the storm.

Japanese media reports significantly higher numbers with Kyodo News saying that 33 people were killed in the storm and 19 are missing.

The Tokyo Fire Department confirmed one woman’s death noting that a woman in her 70s. was “accidentally dropped 40 meters to the ground while being transported into a rescue helicopter in Iwaki city in Fukushima,” the AP reports.

A politician in the ruling party, Fumio Kishida, said in a statement that the government is working hard to conduct rescue operations and to provide relief to those moved to shelters.

“So many risks remain, and it is a reality that we must stay on guard. We must do our utmost. In these times, a disaster can hit anytime,” Kishida told news talk show NHK.

The typhoon was downgraded to a tropical storm on Sunday.