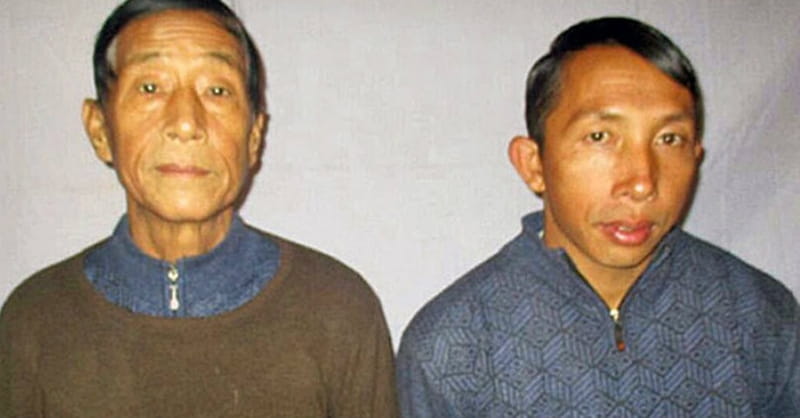 The two ethnic Kachin pastors, members of the Kachin Baptist Convention, were charged under the Unlawful Association Act for alleged connections with an ethnic armed group, the Kachin Independence Organization (KIO), and allegedly spying for it. Nawng Latt was prosecuted under a defamation statute. They deny the charges, which colleagues say are baseless.

Nawn Latt received the additional two years under the defamation charge as the military accused him of criticizing the army while speaking to media.

The two pastors took local journalists to take pictures of the damaged St. Francis Xavier Catholic Church building that was bombed by Burma army jets at that time.

The Burma army arrested them on Dec. 24, 2016 when they went to Byuha Gone military base to negotiate release of a civilian couple who had complained to army officials about the destruction of their house, source said. They were held for months without trial, though suspects are supposed to be tried after no more than 28 days in Burma, sources said.

“We want them [pastors] to be freed, because they did nothing wrong,” Pastor Ra said. “They should not be jailed. We will continue to help them in legal means. We will submit an appeal. We will ask for a bail. We will ask for their release.”

Pastor Ra told Morning Star News that there is no evidence that the two pastors work for the KIO.

“It [the verdict] is not fair – they don’t work for the KIO,” he said. “There is no evidence. They are just religious leaders, and they may have travel anywhere for preaching or prayer. Religious leaders should be free to go for preaching and praying anywhere. If they were to help an armed group, that is the different story.”

The U.S. Embassy in Yangon released a statement on Friday (Oct. 27) raising concern over the legal action against the two Christian leaders.

“We are concerned that these individuals were targeted for assisting journalists,” the statement read. “We are also concerned about allegations of mistreatment during their detention. We call for the end of the use of the Unlawful Association Act and other laws used to arbitrarily arrest citizens, and we call on all actors to build trust and keep Myanmar on the path toward national peace and reconciliation.”

Human Rights Watch and other international rights group have called for their immediate release, saying the pastors were being prosecuted for helping to expose military wrongdoing in violation of international human rights norms.

A Burma army prosecutor, Maj. Kyaw Zin Htun, took legal action against the two pastors after news and photos about the army attack on the church building were published. Burma army officials also told a journalist to delete photographs of the damaged structure.

They were also convicted under Section 8 of Import/Export Act for riding a motorbike without a license. People in the border areas commonly buy motorbikes and cars from Thailand and China without licenses.

Pastor Ra said the charge was a further pretext for arresting them, as many residents in Burma’s border areas use motorbikes without license. Residents on the border using motorbikes, trucks and cars without a license or legal documents normally don’t get arrested.

Armed conflict between Burma and ethnic armed organizations erupted anew in northern Shan state in November 2016, forcing over 50,000 refugees in total to flee to other areas of the state and the border with China.

Burma is about 80 percent Buddhist and 9 percent Christian. The government has recognized the special status of Buddhism in Burma.