Tullian Tchividjian Files for Divorce after Admitting to Affair 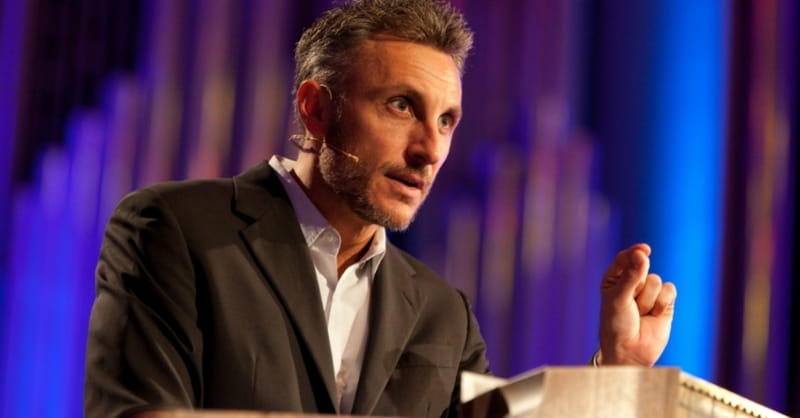 Tullian Tchividjian Files for Divorce after Admitting to Affair

The decision to file for divorce comes in the wake of Tchividjian’s admittance of an extra-marital affair earlier this summer and his demotion from senior pastor of Coral Ridge, as well as his loss of position with The Gospel Coalition.

Tchividjian has stated that his affair began after learning his wife was having an affair.

"As her affair continued, we separated. Sadly and embarrassingly, I subsequently sought comfort in a friend and developed an inappropriate relationship myself,” Tchividjian stated.

In addition to deposing Tchividjian from his position as pastor, Coral Ridge has shut down his ministry, Liberate.org and  pulled his sermons from their website, claiming that “In order to continue to protect Pastor Tullian and his family, as well as the integrity of the message he preached, we have decided to pull his sermons for the foreseeable future.”

The church’s statement continued, “Unfortunately, we have already seen the misuse of his messages in the media and on the Internet. We will be prayerfully considering how and when they can be available again at an appropriate time so that they can be used to declare and demonstrate the liberating power of the Gospel. We appreciate your patience and prayers during this time.”

Tchividjian has declared that he does not want to hide his sin and to disappear from public view. He has said on his Facebook page that what he is dealing with in the wake of his affair is a “nightmare,” but he adds that “The gospel frees me to let you see me at my worst—the me that runs away, the me that doesn’t want to pray, the me who gets angry at God, the me who rationalizes, the me that knows I’m solely to blame for my sinful choice but who wants to blame others.”

Coral Ridge and the Presbyterian Church in America (PCA) to which Coral Ridge belongs will continue to work with Tchividjian to bring restoration.

Before Tchividjian could be restored to ministry, the PCA stated that he must display an “eminently exemplary, humble and edifying life and testimony” for an extended period of time before he can return to ministry, as is consistent with the PCA’s Book of Church Order.

Tchividjian had been pastor of Coral Ridge since 2009 and had been in the midst of church conflict during much of that time, according to Christianity Today.

Tchividjian and wife, Kim, have been married since 1994 and have three children. Not much else is known about the details of the divorce at this time.