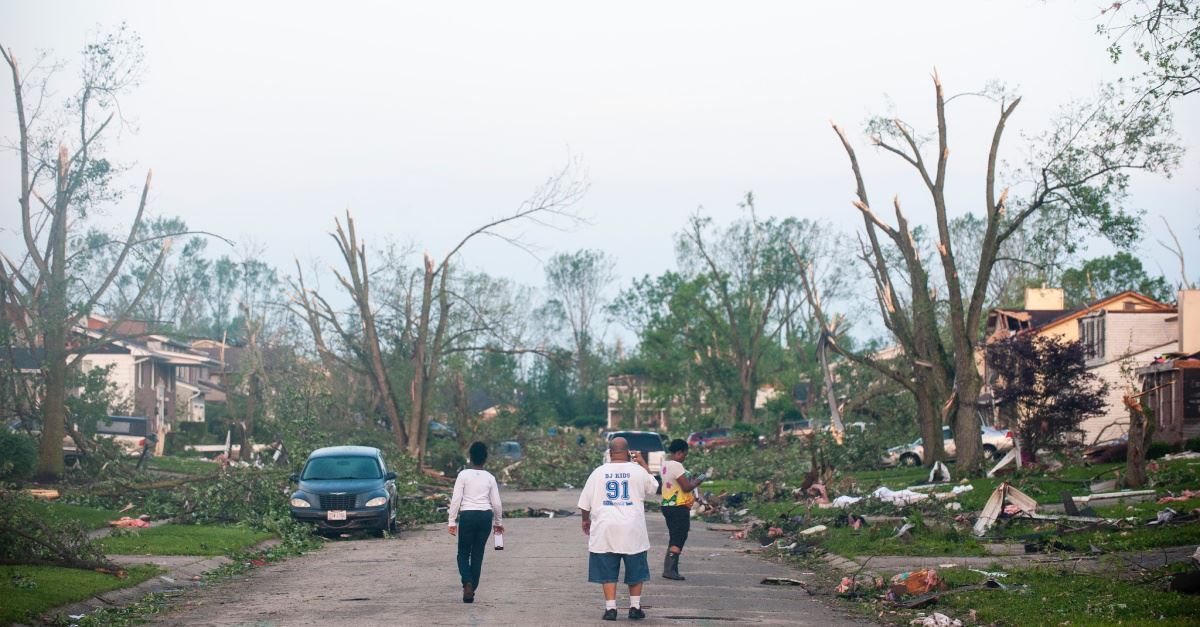 Editor's Note 5/28/19: This story has been edited to remove information from a 2016 storm that destroyed a Starbuck store in Kokomo, Indiana.

Devastating tornadoes ripped through Ohio and Indiana into the early morning hours of Tuesday, leaving trails of wreckage behind them and thousands without power.

According to The Guardian, several tornadoes ripped through Dayton, Ohio, Monday night and into early Tuesday morning, leveling entire communities.

Reportedly the storms caused heavy debris especially in areas where two tornadoes followed each other closely and at one point even crossed paths. Highway crews were reportedly using snowplows to move debris from an interstate.

The storms have left several thousand people without power as of Tuesday morning and a least a half a dozen communities suffered severe damage across eastern Indiana and central Ohio. Dayton Power said in a Tweet Tuesday morning that some 64,000 of their customers were without power. They did not know when the power would be restored, but they wrote that it would be a “multi-day restoration effort.”

Dayton residents are also being encouraged to conserve water, as water plants and pump stations in the area are also without power.

President Trump tweeted about the string of storms which spawned nearly 60 tornadoes across middle America last week noting that the federal government was prepared to provide aid to affected areas in Oklahoma. He wrote, “Spoke with @GovStitt of Oklahoma last night from Japan because of the devastating tornadoes. Told him that @FEMA and the federal government are fully behind him and the great people of Oklahoma.”

Spoke with @GovStitt of Oklahoma last night from Japan because of the devastating tornadoes. Told him that @FEMA and the federal government are fully behind him and the great people of Oklahoma.

President Trump has yet to speak out about the storms that rattled Ohio and Indiana.

Miraculously, despite the massive damage, no fatalities have been reported as a result of the storms in Indiana and Ohio.