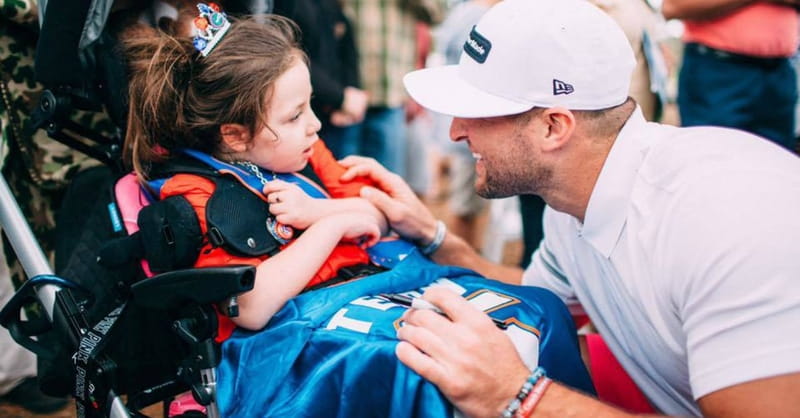 Christian athlete and philanthropist Tim Tebow recently said in an interview that his future wife must be “someone who loves Jesus” and that she also “has to want kids, and has to want to adopt.”

Tebow, who was previously known for his career in football, is now pursuing a career in baseball, but also makes headlines for his work helping children through the Tim Tebow Foundation and his involvement with Night to Shine, a special event that gives teens and young adults with disabilities an opportunity to attend prom.

While many young women may be drawn to Tebow’s talents, good looks, and heart to serve, the Christian athlete says he has a few criteria of his own for his future wife.

Speaking to PEOPLE, Tebow said, "I'm looking for someone who loves Jesus and loves people. Someone who makes me want to be a better person for her. And she has to want kids, and has to want to adopt. That's a requirement. Of course I want a woman who I'm attracted to."

“I want to adopt so badly,” the 29-year-old Tebow added. “I can’t wait. It’s definitely something I see in my future.”

Tebow himself grew up in the Philippines and said he hopes to adopt kids from all around the world.

"You know what I think would be awesome? If I could adopt a kid from every continent. I think that would be a pretty cool goal," he said. "I want to sit around the dinner table ever night and see kids from Africa, Asia, Europe, South America, right here in the States. How cool would that be? It's one of my favorite things to dream about."

Currently, Tebow is not in a relationship. In 2015, rumors circulated that Miss USA 2012, Olivia Culpo, ended a relationship with Tebow because he wanted to save sex till marriage.