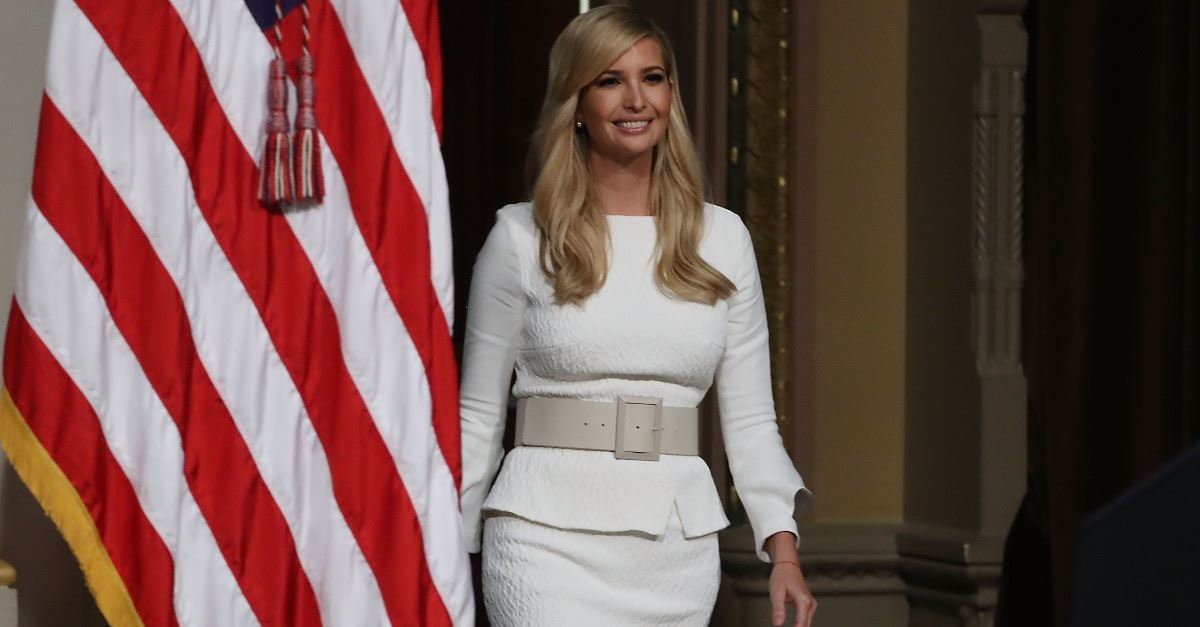 According to an Op-Ed written by the president’s daughter Ivanka Trump, published in the Washington Post, the Trump Administration announced that the U.S. will be limiting the national-interest waivers issued and restricting types of foreign assistance given to almost two dozen countries which the State Department’s Trafficking in Persons Report have identified as “Tier 3.”

Ivanka explains that the Trafficking in Persons Report is known as the world’s most comprehensive resource for tracking government efforts to end human trafficking. The report ranks countries by using a three-tier system which points out best practices and governments strengths and weaknesses in regard to anti-trafficking efforts.

Countries placed in the “Tier 3” category are those that have not met the minimum standards for prevention and have not made a notable effort to protect trafficking victims, penalize traffickers or prevent human trafficking altogether.

Ivanka, who serves as an advisor to the president, noted that only certain types of aid would be pulled from these third-tier countries. She wrote, “The most urgent types of assistance to these countries will continue, including humanitarian aid and lifesaving global health programs such as HIV treatment and Ebola preparedness and response.”

She continued, “But the new restrictions will hold these governments accountable while providing further incentive for them to live up to their responsibility to end this scourge.

“The United States will encourage Tier 3 countries to step up efforts to eliminate human trafficking, including the establishment of new laws and national action plans,” she added.

According to the International Labor Organization, an estimated 25 million adults and children have been made victims of human trafficking, including sex trafficking and forced labor.