The Surprising Success — and Faith — of Won't You Be My Neighbor? 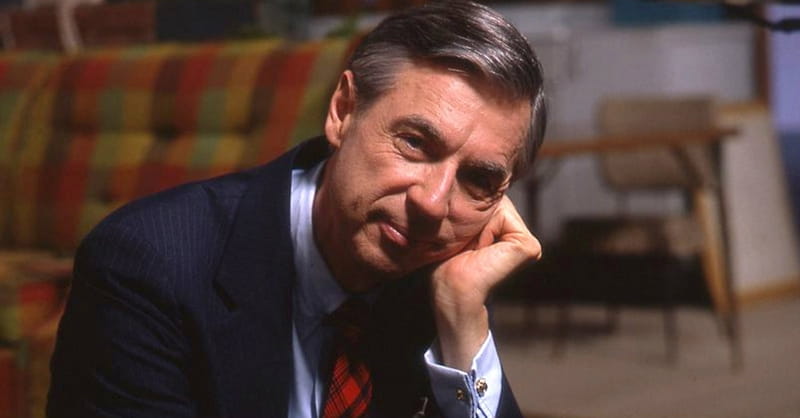 The Surprising Success — and Faith — of Won't You Be My Neighbor?

There’s a moment near the beginning of the documentary film “Won’t You Be My Neighbor?” — as the trolley that transported millions of children to the Neighborhood of Make Believe is taken out of its box and Fred Rogers’ familiar sneakers are set next to a bench — when Margy Whitmer muses on the success of the show she produced for many years.

“We had a director who once said to me, if you take all of the elements that make good television and do the exact opposite, you have ‘Mister Rogers’ Neighborhood’: low production values, simple set, an unlikely star,” she said.

“Yet it worked, because it was saying something really important.”

The same might be said of “Won’t You Be My Neighbor?” itself.

Over the weekend, the film, having expanded to 893 screens across the country, topped the $10 million mark at the box office, passing “RBG,” a documentary about Supreme Court Justice Ruth Bader Ginsburg, to become the highest-grossing documentary of the year, according to Aspiration Entertainment. Initially opening on 29 screens on June 8, it nearly doubled its reach from 350 to 650 just before the Fourth of July holiday.

Celebrities from Dan Rather to Korie Robertson of “Duck Dynasty” have tweeted about “Won’t You Be My Neighbor?” Moviegoers in Tampa, Fla., threw a Mister Rogers block party in front of a theater, collecting sweaters and sneakers for children. Presbyterians sang along to the show’s iconic theme song as the trailer for the film rolled at the Presbyterian Church (USA)’s denominational meeting. Prominent pastor Mark Batterson’s National Community Church in the Washington, D.C., area is in the middle of a sermon seriestitled “Won’t You Be My Neighbor?” The Jewish United Fund of Metropolitan Chicago hosted a private screeningfor its JUF Young Families group.

Filmmaker Morgan Neville said he’s screened the documentary now for “every possible kind of audience.” Neville, who also wrote and directed the Oscar-winning documentary “20 Feet From Stardom,” had hoped to make a film that would find common ground, but “Won’t You Be My Neighbor” has “exceeded any expectation,” he said.

From the first screening, “it took on a life of its own,” he said.

“This has only happened to me once or twice in my career, where a film hits a nerve where it no longer feels like your film. The audience takes ownership of it and feels that it says something personal to them. It’s kind of magic when it happens.”

So unassuming was Rogers that is it surprising to see how strongly his faith comes out in the film.

Yet it’s there, sometimes in sarcasm, as when Rogers’ son John muses about the difficulty of growing up with the “second Christ” for a dad. It’s there in Fred Rogers’ ordination as an evangelist for television, which was “way out there for the Presbyterian Church,” according to his wife, Joanne Rogers.

It’s there in the title of the documentary — and the show itself.

“This word ‘neighbor’ wasn’t something Fred came up with out of nowhere. It was biblical,” said the Rev. George Wirth, a friend and fellow Presbyterian minister who called Rogers “a man of deep faith.”

It came from Jesus’ words “love your neighbor as yourself”  and the parable Jesus told in response to the question “Who is my neighbor?,” in which the so-called good Samaritan cares for a man who had been beaten and left by the roadside.

“Mister Rogers’ Neighborhood,” the books Rogers wrote and the speeches he gave all came from that core — “the spiritual center of Fred Rogers,” according to Wirth.

“He was a community builder. The neighborhood was symbolic of Fred Rogers’ desire for people to live together in peace, with respect and love and affirmation, and when things go wrong, forgiveness and reconciliation,” he said.

Rogers not only took his own faith seriously, but also he studied Judaism, Islam and other traditions. Wirth recalled spending a week in Toronto with Rogers visiting Catholic theologian Henri Nouwen.

“He wasn’t doing that to hide his Christian identity,”said Junlei Li, co-director of the Fred Rogers Center at St. Vincent College in Latrobe, Pa. “I think Fred was very adamant that he didn’t want any viewer — child or adult — to feel excluded from the neighborhood.” If the message of the show appeared to be denominational or even Christian, he said, viewers might feel that they didn’t belong.

Growing up in a wealthy Presbyterian family in Latrobe, Rogers learned a Protestant work ethic and frugality that he carried into his work on “Mister Rogers’ Neighborhood,” according to Li.

Rogers’ parents also modeled the importance of giving — his mother often bought presents for hundreds of people in town at the holidays, and though his father kept a ledger of every townsperson and employee who had borrowed money from him, he never collected any of it. For Rogers, Li said, that came to mean “recognizing everyone has something worth giving. You could go to the lowest and the least and the youngest, and you fundamentally respect they have something to give.”

Ultimately, “Mister Rogers’ Neighborhood” was a show about hope and reconciliation, a word Li said meant a lot to Rogers. He wanted to mend broken relationships: between people, between humans and the environment, even — though he never made it explicit — between humans and their creator.

“That breaking of a relationship between each of us with our creator, in Fred’s world, would be that you no longer believe that you are worthwhile,” Li said.

Viewers of “Mister Rogers’ Neighborhood,” which ran from 1968 to 2001, now range in age from their 20s to 50s and many express a feeling of kinship, not to say neighborliness, with Rogers.

Filmmaker Neville is one of them. He hadn’t thought about the show in a long time, he said. But over the past six or seven years, Rogers kept reappearing in his life, and “every time I did, it just made me feel like, God, we need more of that in our culture today. Where is that kind of voice?”

Neville declined to comment on his own faith, but he said he believed messages like Rogers’ “do make a difference and hopefully change how people think.”

“We the people need to stand up and say, ‘That’s not OK. We need to look out for each other. United we stand, divided we fall.’ These are very basic ideals that I feel like nobody is advocating for anymore,” he said.

“That’s why we need Fred Rogers.”