Thailand: All 12 Boys and Their Coach Have Been Rescued from Caves 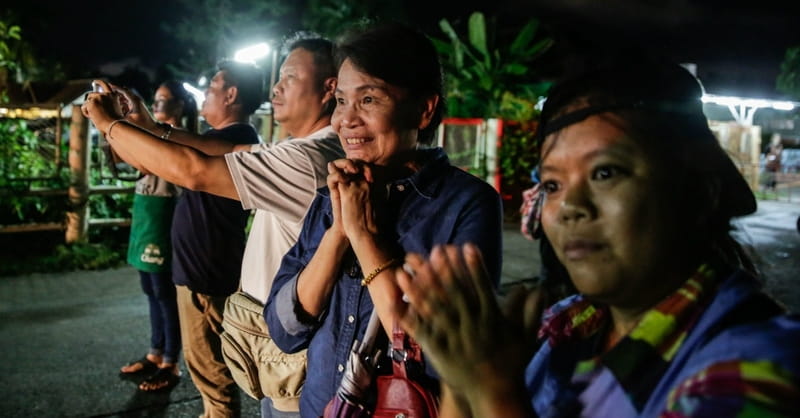 Thailand: All 12 Boys and Their Coach Have Been Rescued from Caves

It was a rescue effort followed by the whole world. All 12 of the boys and their soccer coach have been safely rescued from the Thailand cave where they were trapped for two weeks.

“We are not sure if this is a miracle, a science, or what. All the thirteen Wild Boars are now out of the cave," the Thai navy SEALs, which is helping to lead the operation, said on its Facebook page, according to NPR.

Christians around the world have been praying for the boys and their coach. Now we must intercede for the divers as well. Each of them is risking his life to rescue someone he did not know before the ordeal began.”

The families of the boys, as well as complete strangers around the world, have been eagerly hoping and praying for their safe rescue. In an age of many disheartening news stories, the story of how rescuers, countries, and diverse people came together for a common cause is truly inspiring.

Photo: Onlookers watch and cheer as ambulances deliver boys rescued from a cave in northern Thailand to hospital in Chiang Rai after they were transported by helicopters on July 8, 2018 in Chiangrai, Thailand. Divers began an effort to pull the 12 boys and their soccer coach on Sunday morning after they were found alive in the cave at northern Thailand. Videos released by the Thai Navy SEAL shows the boys, aged 11 to 16, and their 25-year-old coach are in good health in Tham Luang Nang Non cave and the challenge now will be to extract the party safely.