Tens of Thousands Turn out for Canada’s March for Life 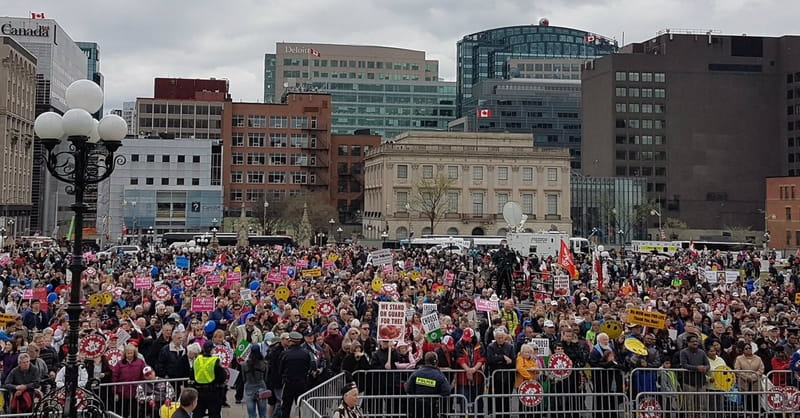 Tens of Thousands Turn out for Canada’s March for Life

LifeNews.com reports that the March took place in Canada’s capital city of Ottawa. It was the 20th anniversary of Canada’s March for Life, and organizers hoped to surpass last year’s record of 25,000 participants.

Although an official count of participants has not yet been released, photos from the event suggest that there were more than 25,000 people present at the March.

The theme of the March was “Life: We Stand on Guard for Thee.” The event included prayer services, rallies, and of course, an actual march through downtown Ottawa.

LifeNews reports that pro-lifers have an uphill battle in Canada since the country has many pro-abortion laws. Canada also recently adopted other anti-life laws, including legalizing assisted suicide.

Organizers of the March for Life in the U.S. posted on Twitter in support of the Canadians who gathered on Thursday to campaign for life.

Canada has the most pro-abortion laws in the world. But its capital city just raised a pro-life flag https://t.co/cKPOqh4QSv @LifeSite pic.twitter.com/3vP5kRC6dU

Pray for our Canadian brothers and sisters in Christ who are fighting for the right to life!