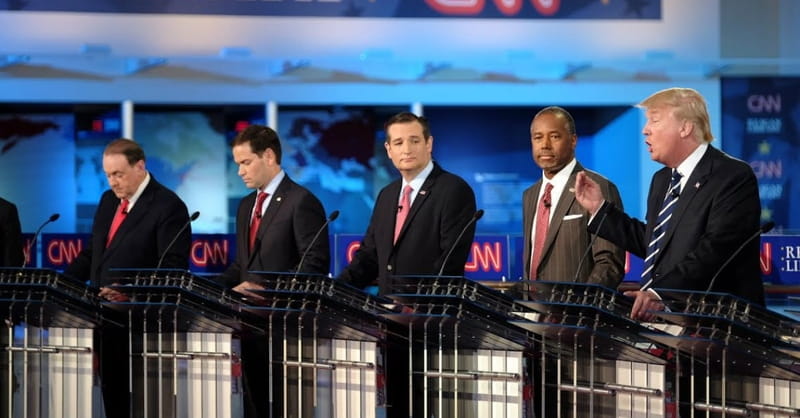 Evangelical leaders and insiders are pushing for support of Republican Sens. Marco Rubio and Ted Cruz as the possibility of Donald Trump clinching the nomination for president grows.

According to World Mag’s evangelical insiders survey, 84 evangelical leaders were polled. Rubio was first in the survey, followed by Cruz.

“Cruz gives voice to small government conservatives, many of whom are in the ranks of the evangelical movement,” said survey participant Erick Erickson, a radio host and founder of the RedState political website. “After all, if you are a Christian, you know we are all sinners and will gravitate to a candidate promising to reduce the number of sinners controlling your life.”

Trump received no first-choice votes in the survey. About 70 percent of the participants said they “absolutely” would not vote for Trump.

“Americans are looking for the candidate they know will take a bold stand to protect America,” said survey participant Tonya Shellnutt, Concerned Women for America’s state director for South Carolina.

As Rubio’s support grows, his campaign team released a web ad this week that features Rubio talking about his faith.

"Our goal is eternity," Rubio says. "The ability to live alongside our Creator for all time. That is the purpose of our life to grow closer in our relationship and to accept the free gift of salvation to us offered by Jesus Christ."

Rubio is Catholic, but he attends Protestant services with his wife.