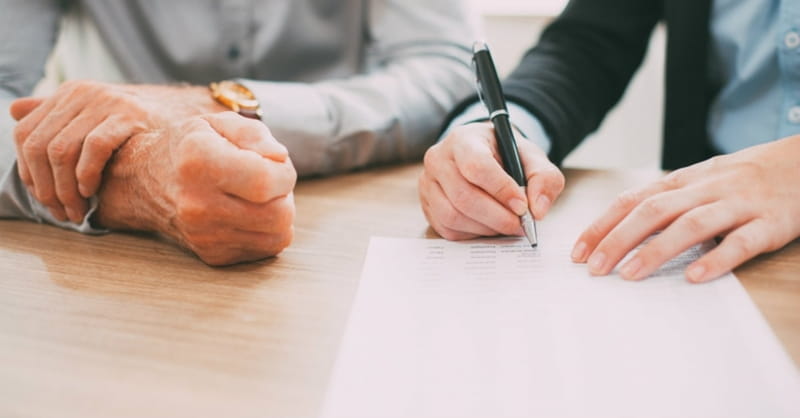 More than 2,000 Southern Baptist women have signed a letter asking the trustees of a Fort Worth, Texas, seminary to take action against its embattled president after audio and video clips emerged in which he counseled physically abused women to quietly pray and described a 16-year-old’s body as “built.”

The letter does not explicitly demand a resignation, retirement or reprimand for Paige Patterson, president of Southwestern Baptist Theological Seminary and one of the key leaders of the conservative resurgence in the denomination, the nation’s largest Protestant group.

But it does suggest Patterson cannot be allowed to continue to lead — a stunning development for a revered leader in the denomination and an indication of just how pervasive the #MeToo movement against sexual harassment and assault has become.

“The Southern Baptist Convention cannot allow the biblical view of leadership to be misused in such a way that a leader with an unbiblical view of authority, womanhood, and sexuality be allowed to continue in leadership,” the online letter says.

In the audio interview from the year 2000, Patterson said he never counsels divorce, since it is unbiblical. He then proceeds to tell a story of a woman who was physically abused by her husband and his recommendation that she get on her knees and pray quietly at night after her husband falls asleep.

In the video from 2014, Patterson disparages an elderly woman for taking him to task for his views on women and then describes a 16-year-old walking by as “built” and “fine,” noting the Bible uses similar language (“beautifully and artistically” made) to describe the creation of the first woman.

Patterson is scheduled to give the keynote sermon at the SBC’s annual meeting in Dallas next month and there has been much discussion about whether he should be allowed to do so. Patterson did not immediately respond to a request for comment.

Last week, Patterson said in a statement that he was misrepresented. Trustees of the seminary have issued a press release with Patterson affirming the importance of protecting the victims of abuse and allowing law enforcement and civil authorities to play their roles in investigating instances of domestic abuse.

But the women said that was not enough.

“There’s an attitude of defiance in that apology and in the board’s refusal to address it more concretely,” said signatory Karen Swallow Prior, a professor of English at Liberty University in Lynchburg, Va., and a Southern Baptist, in a phone interview. “It’s the persistent present pattern of resisting wise correction and accepting responsibility for those past actions.”

Dated Sunday (May 6), it had been signed by more than 2,030 women, and  several men, as of Monday afternoon. The letter is addressed to trustee chairman Kevin Uekert. Efforts to reach the seminary and its trustee board were unsuccessful. However, the board scheduled a special May 22 meeting.

The swiftness with which many women signed it may be the first sign that the #MeToo movement has pervaded Southern Baptist circles.

The social storm began last year with reports of a Hollywood mogul’s predatory actions toward women and has since mushroomed into a movement to address the prevalence of sexual harassment and assault against women in society.

Southern Baptists hold in their doctrinal statement, “The Baptist Faith and Message”: “A wife is to submit herself graciously to the servant leadership of her husband even as the church willingly submits to the headship of Christ.”

The signers of the letter take no issue with that view, known as “complementarianism,” the idea that men alone should hold leadership roles in the home and in the church.

But Prior said the national effort to address sexual misconduct is affecting Baptist churches, too.

“Women, both inside and outside the church are waking up to these power structures and saying, ‘Enough is enough.’ It’s new everywhere, and even newer in the church,” Prior said. “Once the dam starts to break, then it becomes a watershed moment. That’s what I hope this is.”