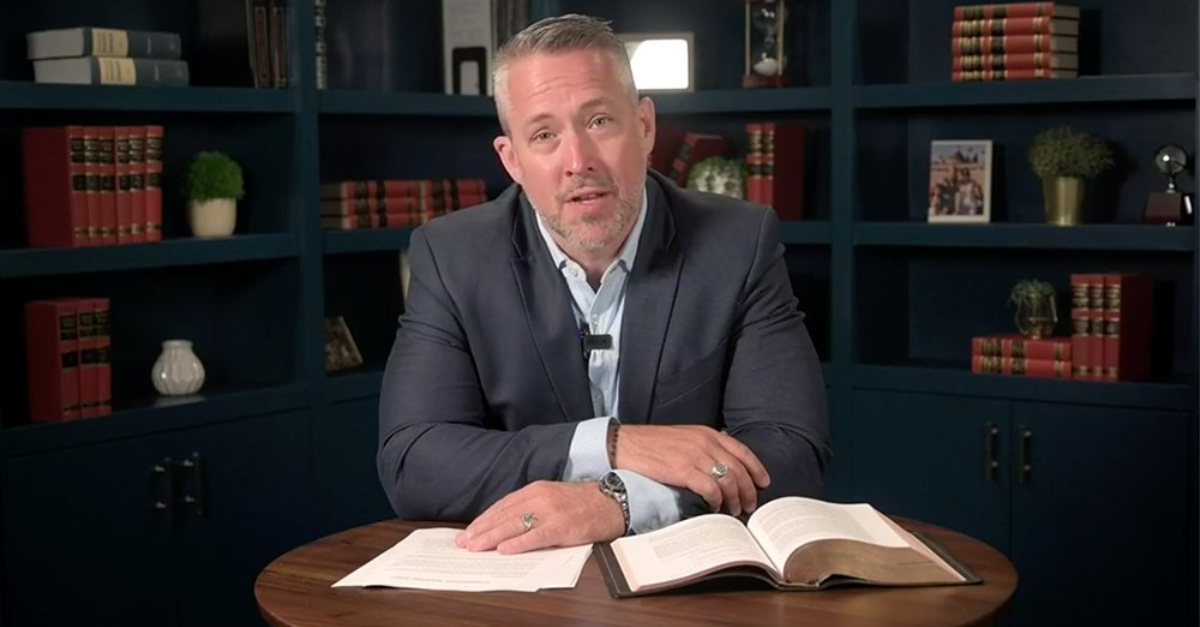 (RNS) — In a speech offered in lieu of his address at the denomination’s canceled annual meeting, Southern Baptist Convention President J.D. Greear called for members of the nation’s largest Protestant denomination to declare that “black lives matter.”

While he used the phrase “black lives matter,” which has become a widespread motto of civil rights since the shooting death of Trayvon Martin in Florida eight years ago, Greear noted in his speech that he is not aligned with Black Lives Matter, the organization founded in 2013.

Greear, who is pastor of The Summit Church, a megachurch in Durham, North Carolina, was also careful to point out that he disagrees with some of that organization’s agenda.

“I think saying bold things like ‘defund the police’ is unhelpful, and deeply disrespectful to many public servants who bravely put themselves in harm’s way every day to protect us,” he said.

“But I know that we need to take a deep look at our police systems and structures and ask what we’re missing. Where are we missing the mark? And I’ll say that we do that because black lives matter.”

Greear, appearing via Facebook Live, added addressing sexual abuse and diversity to the ways to focus on the “gospel above all” and to not hinder people from joining the denomination that has seen a decline in membership for years.

Greear called for steps to “promote a culture of accountability and awareness” about sex abuse. He urged churches to make training about abuse “a part of the ordination process.” And he said he will ask the SBC Executive Committee to finalize a plan to conduct comprehensive background checks on trustees of the denomination's boards and agencies.

“We pray that our culture continues to change and we know it starts with the leaders,” he said. “We’ve got to stay vigilant in this area and I pledge to, also, in my last year of the presidency.”

Greear has served two one-year terms, normally the maximum for an SBC president, but he remains in office because the coronavirus pandemic prevented this year’s annual meeting, where elections for denominational offices are held.

“We must agree and proclaim the sanctity of life, the importance of religious liberty, the danger of things like the erosion of that and identity politics,” Greear said.

“And we also, by the way, agree to repudiate our president’s lamentable statements, the tone that he sets, lament his lack of leadership in what we feel are important areas.

“But what that compels us to do at the ballot box is not a first-order issue and our unity in the body should not be dependent on uniformity in that choice.”

He spoke as their denomination faces its lowest membership since 1985. New statistical data released Thursday show 14.5 million members in 2019, a decline of nearly 1.8 million from its peak in 2006.

In his address, Greear bemoaned the latest findings but suggested they may be the fault of members of the church who are concerned about other matters than saving souls.

“Honestly, I think too many of us care more about whether our side is winning in the news cycle than we do the souls of our neighbors,” he said. “We care more about sowing division on secondary issues than we do on pointing people to Jesus."

Greear estimated that as much as 90 percent of the denomination’s members are unified around Southern Baptist doctrine but 10 percent are driving the division.

“If you can’t be happy about that — if you can’t just rejoice and be amazed about people coming to Jesus,” he said, “about a convention of nearly 48,000 churches that stand unwaveringly on the inerrancy of the Bible and the exclusivity of Christ, and the clarity of God’s word about gender and sexuality and the need to get the gospel to the nations — well, brother, I would say if you don’t see the grace of God at work in that, you may not have eyes to see it.”