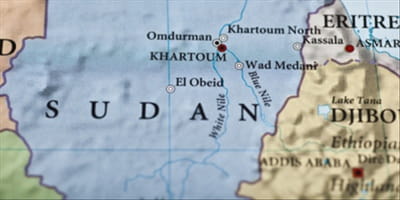 JUBA, South Sudan, April 19 (CDN) – As tensions between Sudan and South Sudan turn into military combat on the border, predominantly Christian citizens of southern origin trapped in Sudan fear the Islamic government and Muslims in general will turn on them, sources told Compass.

Officially foreigners though many of the half-million southern Sudanese in Sudan have never lived anywhere else, the ethnic southerners have been granted another 30 days as of April 8 to register or leave the country. But the government has forbidden hundreds of ethnic southerners from boarding planes for Juba, saying they require documents from the southern capital in order to leave.

“They closed all ways in front of us in order to prevent us from travel to our country,” said one church leader.

South Sudanese Christians were surprised to learn that all flights and land routes to South Sudan were closed to them on April 9, with no information forthcoming on when they would be allowed to leave, sources said. The Sudanese government last week declared it was in a state of war with South Sudan, adding to the fears of the trapped southern Sudanese.

Church leaders who wish to remain in the north said they have not been provided enough information on how to register for legal status. And many South Sudanese fear that registering will only help officials to monitor their movements.

Media and mosques, church leaders said, are increasingly sending derogatory messages about southern Sudanese to the general public. While the government at once orders and prohibits them from leaving, Islamic groups insist that ethnic southerners be deported.

“South Sudanese citizens must be deported immediately,” supporters of the Al Intibaha newspaper, which has published stories hostile to southerners, shouted at a recent press conference in Khartoum.

Sources said many Sudanese of ethnic southern origin complain of hearing comments such as, “Why are you still here? Have you not gone back yet to your country?”

In addition, on April 9 hundreds of South Sudanese displaced by war were heading to Khartoum by bus from Renk when they were stopped in Kosti and forced to turn back, according to local media reports.

The precarious legal status of the southern Sudanese has fostered more concrete hostilities. In Khartoum, an Islamic mob with a bulldozer threatened to demolish a Bible school on April 9, saying it was located on land that should be returned to “the land of Islam” because southern Sudanese were no longer legal citizens.

Claiming that Gerief West Bible School was located “in the land of Islam of our grandfathers,” some 100 angry Muslim extremists brandishing clubs had first threatened to take over the school on March 30, a school employee said. The mob threatened to harm students and staff members, he said.

“On April 9 at 8 a.m. the mob came again, but this time with one big bulldozer in a clear attempt to raze the school building, but students and school administration protested and called the police to protect them,” he said.

Police arrived and forced the assailants to withdraw from the school compound, he said, but the Islamists went away enraged and again threatened to take the land by force. The school, which sits on nine hectares of land, belongs to the Sudan Presbyterian Evangelical Church and trains church leaders from various denominations.

The source said that Khartoum officials seek to take church lands on the pretext that they belong to southern Sudanese who have lost their citizenship. Southern Sudanese voted to secede from Sudan on July 9, 2011. Since then, Sudanese President Omar al-Bashir has pledged to base the new Sudan more deeply on sharia (Islamic law).

A student at the school said there was a prayer meeting going on when the attackers arrived with the bulldozer.

“It was an answer to the prayers the worshipers were offering that made the Muslims go away without injuring a brother or a sister,” the student said. “They wanted to raze the building; the situation is difficult, and you cannot imagine how bad it is.”

Encouraged by weekly anti-Christian messages that imams preach at Friday mosque services, many Muslims take for granted that harassment of Christians and Christian institutions is tolerated, sources said.