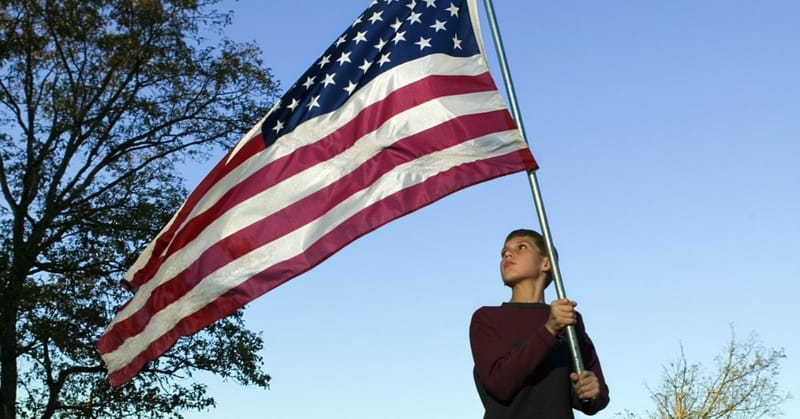 A South Carolina high school that banned American flags at football games has reversed its decision after causing uproar in the community. The Christian Post reports Travelers Rest High School Principal Lou Lavely originally made banned flags at football games because students were using them to taunt Hispanic students from an opposing high school.

At the time he said, "Any decision to not allow the American flag to be used in an improper 'taunting,' unsportsmanlike manner is first and foremost in the interests of promoting the safety and well-being of all in attendance at school events.”

"This decision would be made anytime that the American flag, or any other symbol, sign, cheer, or action on the part of our fans would potentially compromise the safety of all in attendance at a school event."

Lavely also insisted that the flag was to be respected, but students were using it improperly.

Travelers Rest student Beth Brotherton said that she was told upon entering a football game that the flag she brought would not be permitted inside the stadium.

"An administrator walked up behind me and said 'No American flags,' and I asked why and they said 'because it could offend someone. When they told me I had to put it away, I respected their authority and I took my flag and put it up,” Brotherton said.

The school administration has now decided to allow American flags at football games, while still banning flag use that threatens the safety and security of anyone attending games.

Brotherton said, "Instead of restricting possession of the flag, the TRHS administration will, if needed, address the misuse of the flag, or any other inappropriate behavior, on an individual basis.”