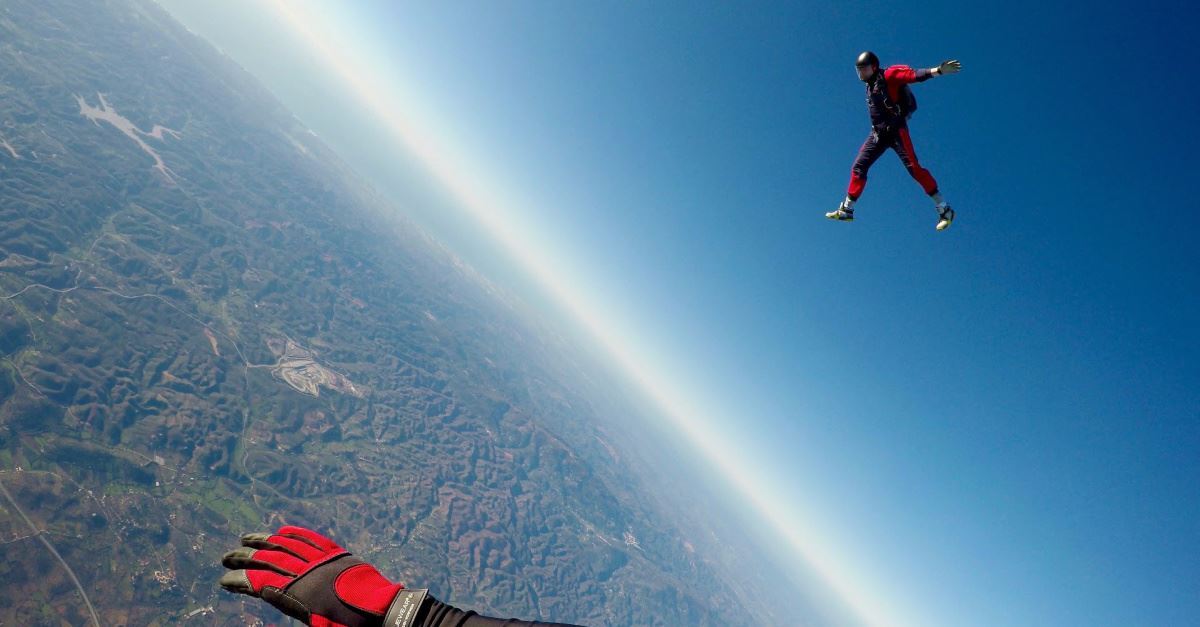 A skydiver says he fully trusted God when he and another skydiver collided with each other mid-air in a 2017 accident.

Korey Fisher told CBN News in a recent interview that he first began following God in 2011. In an effort to gain self-confidence and build a closer relationship with God, Fisher turned to skydiving.

"I thought to myself 'This is closer to what I imagine God wants us to live like', this – experiencing this, uh being alive. It's about being alive," Fisher said.

Then in November 2017, Fisher, by then a certified skydiving instructor, collided midair with another diver.

"I only saw the individual for about half a second before the collision, in that half a second I literally remember thinking, 'I'm dead.' I just remember accepting it. There was nothing I could do."

Both skydivers fell more than 200 feet before hitting the ground. By the grace of God, both survived.

“I tried to move and couldn't, and then passed back out,” Fisher recalled. “The next thing I know they're putting me in a helicopter, but it was evident I was dying.”

Fisher was taken to a nearby hospital with a broken neck, 12 broken ribs and massive internal injuries.

"They told us that there had been an accident that he had been catastrophically injured and that we needed to come to the hospital right away,” Fisher’s mom Ria told CBN News.

Fisher made it through the night, but doctors said there was a strong possibility that he could be paralyzed.

"God gave us the peace from the very beginning not to panic. Not to go into a circular thought process that you can all go through when you're in a traumatic situation,” Fisher’s dad, Terry, said.

Then, despite the odds, doctors discovered that Fisher was not paralyzed. Spinal surgeon Said Elshihabi recalled the trauma doctor’s disbelief when he relayed the news to him. He said, “And the trauma doctor, his words were specifically, ‘you won’t believe it, but he’s moving everything.’”

Fisher said he prayed before his surgery and again before he was set to enter a rehabilitation hospital.

"Not only did Jesus save my life, but my recovery was supernaturally graced as well,” he proclaimed. “It's completely a miracle. No-no doubt about it. No doubt about it.

"If he can supernaturally change a human being falling out the sky's situation, to not die, to not be paralyzed, to override physical limitations of the human body when striking the ground, He can handle all of the things in my life that I'm not in control of. To give me my life back completely, uninhibited by anything, is overwhelming to me," Fisher shared.

According to CBN News, Fisher is now completely healed and back to being a skydiving instructor.