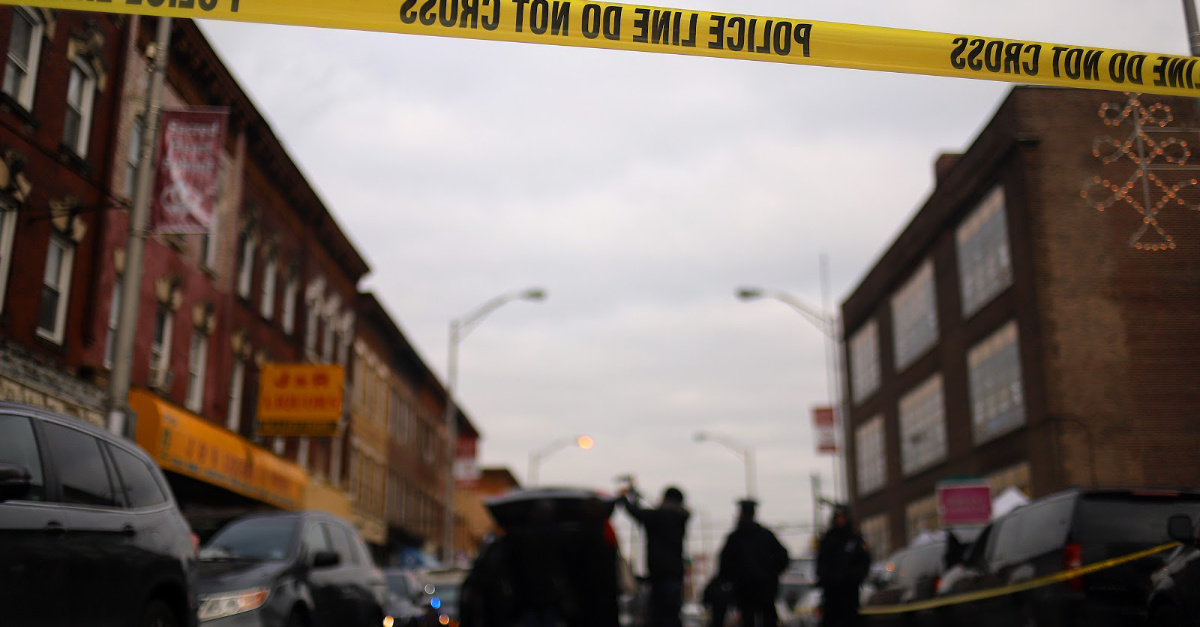 A shooting at a New Jersey kosher market Tuesday afternoon left six dead including one police detective and both suspects. According to a statement released by Jersey City Mayor Steven Fulop on Wednesday, the attack “should be viewed as a hate crime.”

According to NBC New York, Tuesday afternoon, Detective Joseph Seals, who has served for 15 years on the force, identified a U-Haul truck believed to be tied to a murder of a livery driver over the weekend. Upon approaching the vehicle, a suspect reportedly got out of the truck and began firing at the officer.

The shooters then drove the truck up to the JK Kosher market where surveillance cameras show them immediately open fire on shoppers.

Police engaged in gun fire with the suspects, who were later found dead inside of the store along with other victims.

USA Today reports that officials were initially hesitant to classify the act as a hate crime.

Then, on Wednesday, several media outlets, including the New York Times, uncovered that one of the suspects had shared anti-Semitic posts on social media. The Associated Press also reportedly spoke with an unidentified law enforcement official who was not authorized to speak publicly on the shooting. The official identified the suspects as Black Hebrew Israelites – a group historically known for being anti-Semitic and anti-white.

Fulop then asserted, “We shouldn’t parse words. To stop hate + anti-Semitism we need to call it out QUICKLY for what it is. Some will say don’t call it anti-Semitism or a hate crime till a longer review but being Jewish myself + the grandson of holocaust survivors I know enough to call it what this is.”

The investigation into the shooting is still ongoing, and Grewal has yet to officially call the incident a hate crime, ABC 7 New York reports. On Thursday, however, he announced that evidence collected so far, strongly suggests the attack was motivated by anti-Semitism.