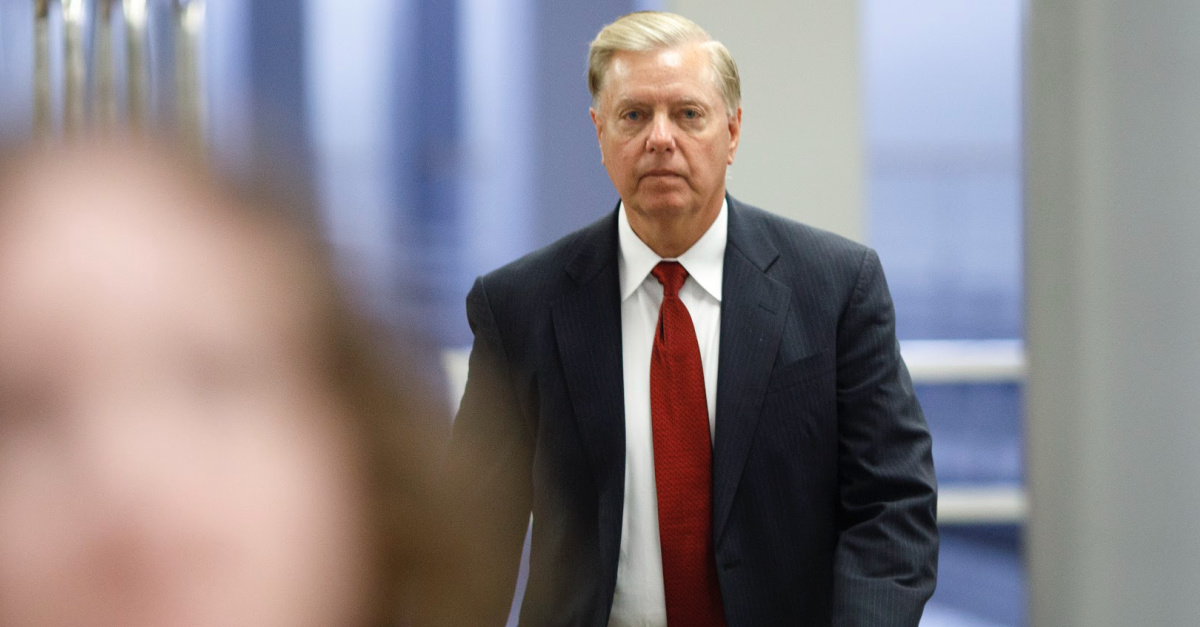 According to Fox News, Graham says he has created a resolution asking House Speaker Nancy Pelosi to deliver the articles of impeachment to the Senate.

He says in the resolution that Pelosi lacks “the power to effectively veto a resolution passed by a duly elected majority of the House of Representatives by refusing to transmit such a resolution to the Senate.”

He added that not turning over the articles of impeachment is a “flagrant violation of the separation of powers expressly outlined in the bicameral impeachment process under the Constitution of the United States.”

Experts say Pelosi is refusing to turn over the articles of impeachment until the Senate changes trial rules to allow more testimony from witnesses. Senate Majority Leader Mitch McConnell, however, said the rules will remain the same.

Graham, the Republican chairman of the Senate Judiciary Committee, said he believes Pelosi's "dam is about to crack," adding that the Democratic Party is dividing over the issue of impeachment.

"You said it was urgent," Graham said. "If you believe it to be urgent, send it to the Senate for disposition."

"The longer it goes on the less urgent it becomes," she told Politico. "So if it’s serious and urgent, send them over. If it isn’t, don’t send it over.”

The House impeached Trump in December, deciding that he abused his presidential powers when he reportedly attempted to pressure Ukraine’s president into investigating Joe Biden and his son Hunter by leveraging $400 million in military assistance.

Trump was also charged with obstruction of Congress.

The Senate will make a decision on Trump’s guilt, but political experts say the Republican majority in the Senate is unlikely to vote for impeachment.