Rising Intolerance Across Indonesia Leads to Violent Attacks Against Christians 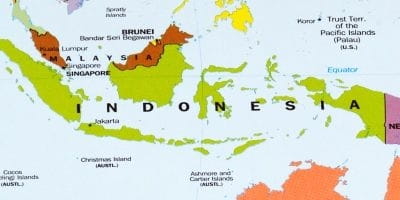 Rising Intolerance Across Indonesia Leads to Violent Attacks Against Christians

Indonesia (ICC) -- Events over the past few years indicate that not only is religious intolerance growing at an alarming pace across Indonesia, but that the federal government is often neutral towards or even complicit in acts of violence perpetrated against religious minorities.

For many years, the world's largest Muslim-majority nation has been held up in the international community as a shining example of religious pluralism. As recently as 2010, President Barack Obama lauded Indonesia's religious tolerance and democratic reforms as an "example to the world," pointing out the importance of the country's national motto "unity in diversity."

However, Human Rights Watch released a 107-page report last week strongly condemning the Indonesian government for failing to protect religious minorities at the federal level. One Indonesian based rights group, the Setara Institute, recorded 264 violent attacks on religious minorities in 2012, up from 244 in 2011 and 216 in 2010. Christians were targeted in these attacks more than any other group.

Bahrul Hayat, Indonesia's Secretary General of Religious affairs downplayed the report, telling the Jakarta Globe, "Of course [there are] one or two cases ... but I want to say that the achievements [in combating religious conflict] are better and getting better and I expect that the maturity of the people will also improve over time."

Yet recent examples of religious intolerance, especially against Christians, abound. On January 27th, members of the Islamic Defenders Front (FPI), a radical Islamic political group, scaled the gates of a Protestant church in Sumedang, West Java and attacked the pastor mid-service. CCTV footage shows members of the radical group at one point strangling the pastor with his own necktie. Two days later, the pastor, Reverend Bernhard Maukur, was arrested by local authorities and sentenced to three months in prison for holding services without a legal permit. No arrests of any of the pastor's attackers were reported.

Building permit issues are often used as a pretext for protests against churches by Islamic radical groups. The process for obtaining a permit, spelled out in a 2006 Joint Ministerial Decree, is lengthy, expensive, and often nearly impossible to complete. Last year, pastors in the outskirts of Jakarta told ICC that at least one church had spent over $100,000 before finally obtaining a permit after several years.

However, building permits are not the only basis for attacks and discrimination against Christian churches. In mid-February multiple Christian churches were struck with Molotov cocktails in a series of early morning attacks on the island of South Sulawesi. The church buildings suffered only minor structural damages and no one was reported injured, but tensions were raised among congregants in an area with a long history of militant attacks against the Christian population. Christian missionaries familiar with the situation in Sulawesi told ICC that militant groups are not only still active on the island but that many Sulawesi Christians live in fear of a repeat of the violence between 1998-2003 which left thousands of Christians dead, injured, or homeless.

Ryan Morgan, International Christian Concern's Regional Manager for Southeast Asia, said: "ICC is deeply concerned not only by the consistent increase in violent attacks against religious minorities in Indonesia, but also by the inability or unwillingness of the government to firmly address the issue. We urge President Yudhoyono to step in and take immediate, concrete action to halt incidents of religious violence against not only Christians but all religious minorities. The people of Indonesia should not have to live in fear of being attacked simply for attending a Sunday morning church service. The Indonesian government must protect the right to worship freely or risk losing the nation's already tarnished reputation as a tolerant democracy."

International Christian Concern is a Washington, D.C.-based human rights organization that exists to help persecuted Christians worldwide. ICC provides awareness, advocacy, and assistance to the worldwide persecuted Church. For additional information or for an interview, contact ICC at 800-422-5441.