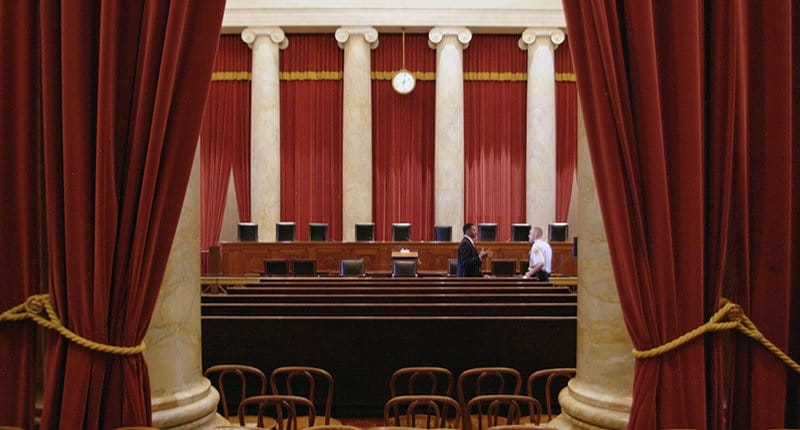 WASHINGTON (RNS) A “sleeper” of a case before the Supreme Court pits three hospitals against employees who object to the institutions’ religious exemption from a federal law that protects pensions.

Religiously affiliated hospitals would have to shoulder an enormous financial burden should they have to comply with ERISA, the Employee Retirement Income Security Act, said Eric Baxter, a senior counsel at Becket, the nonprofit legal institute that argued before the justices Monday (March 27) on behalf of the hospitals.

The employees who sued the hospitals, two with Catholic ties and one with a Lutheran affiliation, say they deserve the same pension protections afforded to other workers not employed by churches, which both defendants and plaintiffs agree are exempted by ERISA.

“When people hear ‘ERISA’ their eyes kind of glaze over,” said Bradley Girard, a constitutional fellow at Americans United for Separation of Church and State, which filed a brief on behalf of the employees.

Advocate Health Care Network v. Maria Stapleton “is kind of a sleeper,” he said, but much is at stake. “This case deals with large sums of money that hundreds of thousands of employees around the country are counting on for their retirement.”

For decades, religiously affiliated hospitals have been allowed to take the ERISA exemption afforded to churches and other houses of worship.

But the legislators who drafted ERISA did not intend to exempt institutions other than houses of worship, said Girard. A ruling favoring the hospitals and allowing this practice to continue “would be a naked preference for religion and it would allow affiliated institutions to use religion to the detriment of hundreds of thousands of their employees.”

The hospitals contend the 1974 law and its amendments clearly provide an exemption for hospitals, homeless shelters and other religiously affiliated ministries that could be affected by the decision.

To read the law as if it applies the exemption only to houses of worship wrongly separates hospitals and other religiously affiliated nonprofits from the faith that inspires them, said Baxter.

“Churches aren’t just organizations that conduct worship,” he said. “Churches go out and serve the most needy among us and they shouldn’t be penalized because they preach on Sunday and practice it during the week.”

Baxter said he was not surprised that the court was not packed for the case Monday. “It’s under the radar,” he said, perhaps because pension law is so complicated.

But the impact of the case is potentially enormous and many of the nonprofits, if the court rules against them, “could be forced to fold,” he added.

The three hospitals systems sued in the case — Dignity Health, Advocate Health Care and St. Peter’s Healthcare System — lost in lower court rulings and are hoping for a reversal at the Supreme Court. The outcome of the case — if applied to other nonprofits — could affect a million employees nationwide.

The court is expected to issue a decision in the case in late spring or early summer.