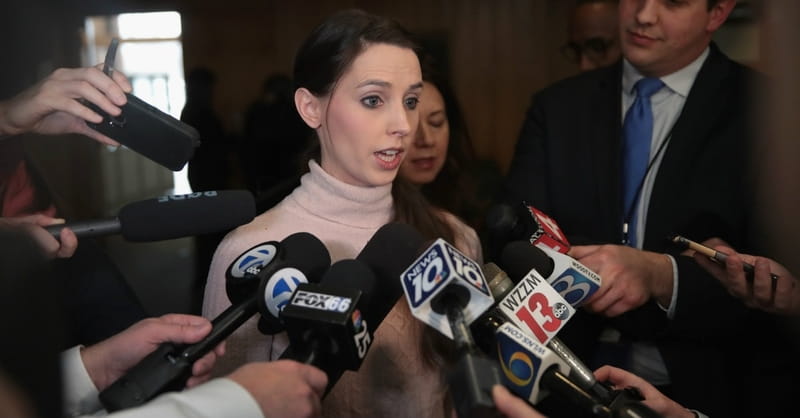 Denhollander, a 33-year-old lawyer, has been speaking about the case and calling for justice.

Her comments come after the church network Sovereign Grace Churches was sued for a “pattern of sexual and spiritual abuse” within the network. The suit said that families were ostracized for not helping cover up the abuse and policies at the network discouraged filing police reports about the abuse.

The lawsuit was eventually dismissed in 2014, but a former youth leader was then convicted in a separate case of abusing three boys.

The church network changed its name to Sovereign Grace, relocated headquarters and replaced some of its leadership.

Following the publicity Denhollander has stirred, the former president of Sovereign Grace Churches said he would not appear at a major upcoming church conference.

“Given the recent, renewed controversy surrounding Sovereign Grace Churches and me individually, I have decided to withdraw from the 2018 T4G conference,” said C.J. Mahaney in a statement, adding that “No one should interpret my withdrawal as an acknowledgment of guilt.”

Meanwhile, the church has released statements, saying Denhollander is “mistaken” and the allegations against the church are “false.”

Denhollander, however, said she disagrees.

“This call does not rise from a sort of Javert-like obsession with SGC, but from the knowledge that evangelical churches are plagued with serious problems related to how we respond to and counsel victims of sexual assault,” she said in her most recent statement. “In fact, experts have stated that both the amount of abuse, and the failure to report it, is likely worse than in the Roman Catholic Church.”

In the case against Nassar, Denhollander’s testimonies helped lead to his conviction and sentencing of up to 175 years in prison.

Photo: Rachael Denhollander, who was sexually abused by Larry Nassar beginning when she was 15-years-old, speaks to the press after Nassar's sentencing hearing in Eaton County Circuit Court on February 5, 2018 in Charlotte, Michigan. Nassar has been accused of sexually assaulting more than 150 girls and young women while he was a physician for USA Gymnastics and Michigan State University. At the hearing Nassar was sentenced to 40 to 125 years in prison. He is currently serving a 60-year sentence in federal prison for possession of child pornography. Last month a judge in Ingham County, Michigan sentenced Nassar to 40 to 175 years in prison after he plead guilty to sexually assaulting seven girls.