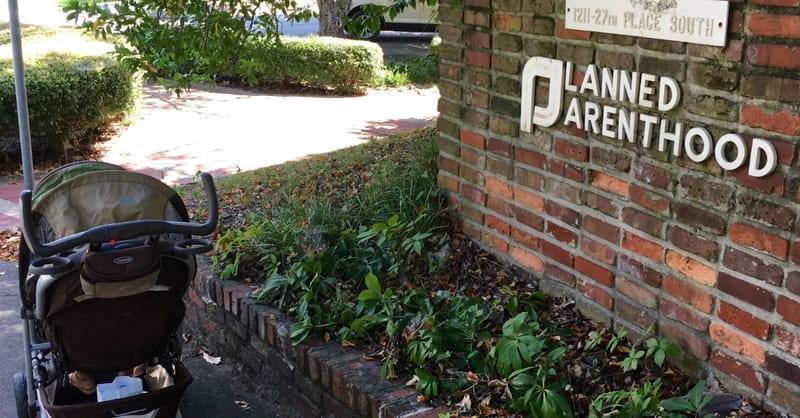 On January 29, 2018, a federal judge told participants in a lawsuit forcing pro-life sidewalk counselors to defend themselves against harassment charges, that leafletting is a “form of really protected speech,” and that sidewalks are recognized as the “quintessential public forum.” The words from the bench underscored the arguments of Thomas More Society Special Counsel Martin Cannon. Cannon is defending a group of pro-life advocates who are being charged by New York Attorney General Eric T. Schneiderman in a federal lawsuit that accuses them of threats and violence against abortion clinic patients.

A group of pro-life advocates with Church @ the Rock in Brooklyn, New York, has been targeted for their ongoing sidewalk counseling, prayer and protest activities outside of a Jamaica, New York, abortion clinic. Yesterday’s hearing was a request by the Thomas More Society for the court todismiss the lawsuit against those who have been gathering outside of the Choices Women’s Medical Center abortion facility.

U.S. District Judge Carol Bagley Amon’s questioning of Assistant Attorney General Sandra Pullman in yesterday’s United States District Court – Eastern District of New York hearing in People v. Griepp et al focused on the definition of harassment. The state’s interpretation seemed to focus on the reaction of a person to another’s actions, something that neither lined up with New York City’s city council harassment statue or according to Cannon, common sense. “The idea that harassment should be defined by someone’s reaction has no basis in any law or in any logic.”

“We expect to be vindicated,” stated Rev. Kenneth Griepp, a defendant in the lawsuit and the senior pastor at Church @ the Rock. “As a voice for the unborn, we are committed to raising awareness about the over 3,500 children that are being murdered every day here in America. We do so as peaceful people of God. Because the Thomas More Society attorneys understand that, they are able to ably defend us and protect the rights we are guaranteed under the US Constitution and First Amendment, including the freedom to speak out against what we believe to be the grave error of abortion and to offer lifesaving alternatives to women and their children.”

The judge took issue with the prosecution’s reference to what they labelled as “annoying behavior.” Amon commented that if harassment charges could be brought for being annoying, “I could sue all of you here today.”

Cannon commented on the January 29, 2018, hearing, “These harassment charges are unconstitutionally vague. The prosecution’s very loose handling of a serious charge serves to highlight the baseless claims in a case solely intended to discourage any opposition to abortion.” He added that there are no documented or verified instances of the force, threat of force, physical obstruction, following and harassing, which Schneiderman claims has occurred.

Schneiderman claimed his lawsuit, filed in June 2017, was intended to end to what he charged is “a weekly pattern of threatening, obstructive and violent activity by a network of anti-abortion protestors.” He claimed to have received “complaints of the protesters’ extremely aggressive behavior.” He called the church members’ efforts to counsel women considering abortion and to advocate for the rights of the unborn, “horrifying” and “illegal.”

Schneiderman’s support of the abortion industry is well publicized. In April 2017, he openly opposed any defunding of Planned Parenthood and other abortion providers, proclaiming, “I was proud to lead a coalition of attorneys general in filing an amicus brief against the Ohio state law that would defund Planned Parenthood.”

“These pro-life advocates are life-affirming Christians who peacefully counsel women considering abortion. They conduct themselves reasonably and compassionately and offer information about alternatives to those willing to listen,” stated Cannon. The Thomas More Society is representing ten members of Church @ the Rock in Brooklyn, who are among the fourteen defendants named in the suit. The congregation has been witnessing for life outside of the abortion facility, weekly, since 2012.

The next major court hearing in this case will take place the week of February 12, 2018.