Princeton Professor Talks about the Threats to Religious Freedom 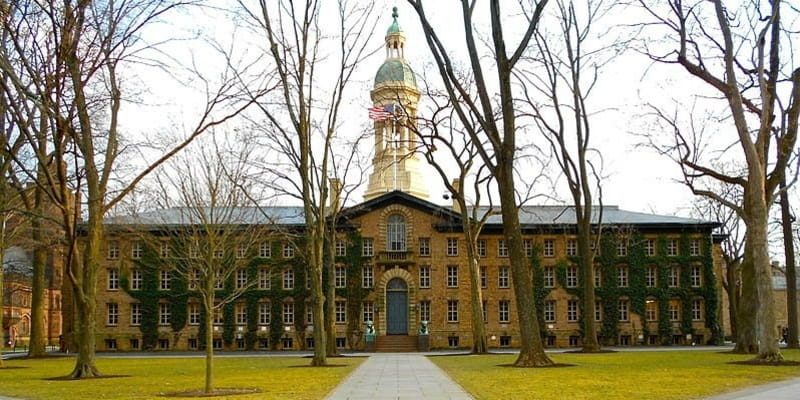 Princeton Professor Talks about the Threats to Religious Freedom

Robert George is the McCormick Professor of Jurisprudence at Princeton University. That’s one of the most prestigious academic appointments in the nation, a chair once held by Woodrow Wilson. But George disdains ivory tower elitism. He gets his hands dirty in the rough-and-tumble world of politics and public debate. He founded the American Principles Project, a grassroots movement designed to take conservative and Christian ideas and make them a part of the ongoing political conversation. He’s a member and current chairman of the United States Commission on International Religious Freedom (USCIRF). On June 11, George received the 2015 William Wilberforce award from the Chuck Colson Center for Christian Worldview at the Mayflower Hotel in Washington, D.C. That’s where we had this conversation.

Freedom House was fond of saying the 20th century was the century of freedom. If you look at the number of people living in freedom in the year 1900 versus the year 1990, many more millions of people ended the century living in freedom. Has that trend continued since then? Not on the religious freedom front, no. Remember, freedom is a variegated thing. There’s economic freedom, there’s political freedom, there’s freedom of speech. There are lots of different freedoms. They’re all important. On the religious freedom front, the news is simply not good. … The Pew Foundation’s data show that something very close to three-quarters of the world’s population … is living under regimes that … systematically and frequently violate the religious freedom of some substantial percentage of their people. It may be the majority of people, it may be a particular minority. Or, [the regimes] stand by as private actors—terrorists, thugs, mobs—persecute and abuse people based on their religious faith or their beliefs.

Clearly, in the United States, we’re not facing the kind of religious oppression that Christians are facing in the Middle East under ISIS, for example, or Boko Haram in Nigeria. But I think a lot of people would say things are not getting better. Christians in particular, but all people of faiths, are facing some pretty serious challenges related to same-sex marriage and other issues. You’re absolutely right, the situation is deteriorating here in the United States. Now, of course, I’m offering my personal opinion; I’m not speaking as the chairman of USCIRF or even in my capacity as a member of the U.S. Commission on International Religious Freedom. Our authority and jurisdiction extends only to international religious freedom issues, not to domestic issues. …

Thank God it is nothing like the kind of repression that the Egyptian Copts are suffering under. Or the Chaldean Christians in Iraq. Or the Uyghur Muslims in China. Or people of every faith in Vietnam. Still, it’s a bad situation.

There’s increasing pressure on healthcare professionals, physicians, for example, to perform abortions or nurses or other healthcare workers to participate in abortion. … This attack on our religious freedom should be denounced by all Americans, and yet, in significant corridors of power, it’s not only not denounced, it is promoted.

You will see the same phenomenon when it comes to the use of so-called SOGI laws, Sexual Orientation and Gender Identity laws, especially in the context of the effort to redefine marriage. These laws [are] now being used to undermine the religious freedom of Catholics, evangelical Protestants, Mormons, Orthodox Jews, Eastern Orthodox Christians, and Muslims who hold fast to the belief that you and I share, that marriage is the conjugal union of husband and wife.

For example, Catholic adoption agencies have been driven out of operation in Connecticut … Washington, D.C., and Illinois because, consistent with their religious beliefs and their conscience, they seek to place children in homes where they will have a mother and father and not in homes that are headed by same-sex partners. And we see the same thing with people who serve the wedding industry—bakers, florists, people who provide photography.

Let’s stipulate for the record that I’ve read the last page of the Book, and God wins. In other words, we know the ultimate outcome is going to be a positive one for these issues, but will the winners be Americans who come to their senses, or will it be the civilization that replaces the one that we are in right now? It’s an excellent question, and the answer is up to us. It depends on whether people of faith are willing to stand up to those who would intimidate them and bully them, try to make them either go silent or acquiesce. It depends on whether we’re going to have the courage to stand up. You already see people, including [leaders]—the most recent example is Tony Campolo, the evangelical thinker—caving in, just caving in to secularist ideals, trying to baptize them, trying to Christianize them. Embracing something like same-sex marriage. You’ve had the same thing when it comes to abortion. You’ve had entire Christian denominations join something called the Religious Coalition for Abortion Rights, going all the way back into the ’70s.

Bottom line:  Are you hopeful or not? Hopeful. But I’m not thinking that history is going to go along by itself. When I say I’m hopeful, we don’t have a guarantee in the short term. We do have a guarantee in the long run. As you say, we’ve all read the last page of the Book. We know who wins. But whether the darkness will be 70 years, like the darkness of the Soviet Union, or only seven years or 700 years—that is what is up to us. And by the grace of God and with His help, it is our obligation to exemplify the courage to set the example for others of being willing to stand up even when it’s culturally unpopular, even when we have to risk our career prospects, our financial situation, the status and prestige we may enjoy, even if we have to put friendships or even familial relationships at risk to stand up for the truth about the infinite worth of the child in the womb, about the dignity of marriage as the union of husband and wife.

This is going to be costly. Christians are going to have to go into self-sacrificial, Christ-like mode if we’re to defend these values. I have hope because I know the Lord is with us, and I know He will give us the grace to be able to behave courageously when we’re called to do it. But, still, at the end of the day whether we are willing to do it or not is up to us.