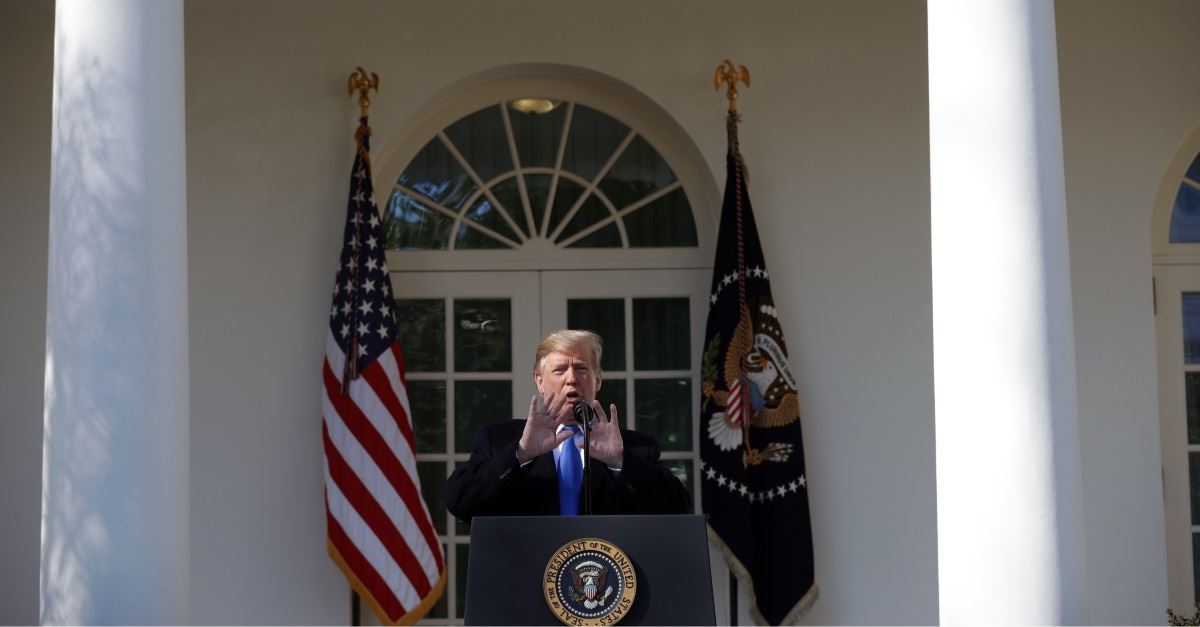 After reaching a tentative agreement on the border wall funding earlier this week, the U.S. Senate and House have both passed the bipartisan funding bill on Thursday and have sent it to President Trump to sign.

According to ABC News, the President told Senate Majority Leader Mitch McConnell (R-KY) that he will sign the bill in order to keep the government open, despite the fact that it only allows for a quarter of the funds initially requested for the construction of the southern border wall. McConnell also announced that with the signing of the nearly 1,000-page budget bill, President Trump will also be declaring a national emergency.

By declaring a national emergency, President Trump will be able to appropriate funds not assigned to a specific purpose, to building the U.S.-Mexico border wall. ABC News reports that President Trump will announce on Friday, that he plans to spend around $8 billion on a physical barrier on the Southern border.

White House Press Secretary Sarah Sanders confirmed this plan in a statement released Thursday noting that President Trump is doing what he feels is necessary to control the border crisis. She said, “President Trump will sign the government funding bill, and as he has stated before, he will also take other executive action – including a national emergency – to ensure we stop the national security and humanitarian crisis at the border. The President is once again delivering on his promise to build the wall, protect the border, and secure our great country.”

According to ABC News, the order is expected to be challenged in court to see if the executive appropriation of funds is constitutional.

ABC News Congressional Correspondent Mary Bruce reports that many Republican leaders – including McConnell who now supports the executive order – had been urging President Trump not to resort to an executive order as they feared that it would not only cause major political backlash but set a dangerous precedent for future Presidents. Bruce said, “This is a big shift for the Republican leader in the Senate. For weeks, we have seen top Republicans warning the president not to declare a national emergency because they feared it would set a bad precedent about the broad use of executive power.” She continued, “Mitch McConnell at one point reportedly had a face-to-face meeting with the president in the White House cautioning him, that if he did take this step declaring a national emergency that there would be pretty serious political blowback.”

Democratic leaders share the fear of the broad use of executive power. In a news conference following the president’s announcement, Speaker of the House Nancy Pelosi said, “I know the Republicans have some unease about it – no matter what they say – because if the president can declare an emergency on something that he has created as an emergency… just think of what a president with different values can present to the American people.”

ABC’s Mary Bruce also noted that many Republican Congress members are curious as to where the funds will be coming from, some are wondering if it will be reallocated from the disaster relief budget. President Trump's declaration of a national emergency will mark the 60th time a president has declared a national emergency since 1976.

According to CBN News, President Trump has not yet signed the budget bill, but he has until midnight Friday to sign the bill in order for the government to stay open.