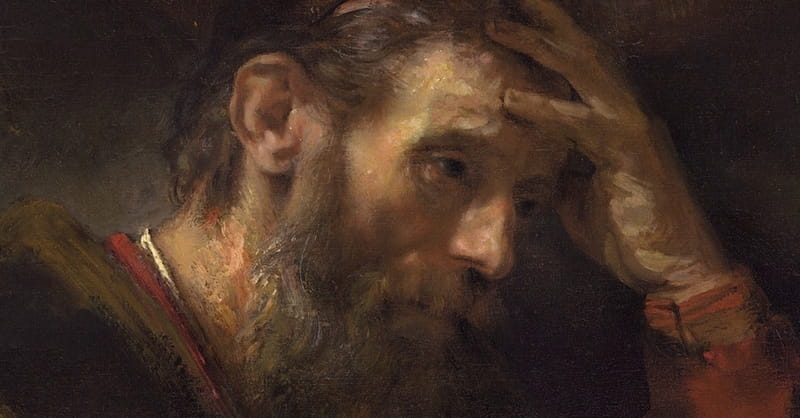 It’s been 14 years since Jim Caviezel played the role of Jesus in “The Passion of the Christ.”

The actor, who previously starred in the 1998 war movie “The Thin Red Line,” said he didn’t know then how Mel Gibson’s 2004 film would break him, how it would haunt him.

He told Religion News Service he didn’t know “it was going to be my path.”

But now that path has led him back to a story straight from the Scriptures, playing Luke, one of Christianity’s four evangelists, in the new film “Paul, Apostle of Christ.”

So did the film’s message of forgiveness and what Caviezel calls “ardent love.”

“It’s a very arduous task to treat someone with polar opposite views with the same dignity and respect that you would treat a friend. That is the core message of the film, and it’s what makes this film,” he said.

“Even though it was a couple thousand years ago, it’s very relevant today.”

“Paul, Apostle of Christ” opened in the top 10 at the box office last weekend, according to Box Office Mojo.

It’s one of several movies aimed at Christian audiences releasing around Sunday’s Easter holiday (April 1). “I Can Only Imagine,” the story behind the popular Christian song of the same name, finished third for the second straight week at the box office, and “Mary Magdalene,” about one of Jesus’ most prominent female followers, releases this weekend (March 30).

The movie about Paul comes as the apostle is having something of a moment with a number of new books published about him in the past few years. They include “Paul: A Biography” by N.T. Wright and “Paul: An Apostle’s Journey” by Douglas A. Campbell, both released earlier this year, and “Reading Paul with the Reformers: Reconciling Old and New Perspectives” by Stephen J. Chester and “Paul and Gender: Reclaiming the Apostle’s Vision for Men and Women in Christ” by Cynthia Long Westfall, both recognized in Christianity Today’s 2018 Book Awards.

“I don’t know if it’s Providence that is directing us to refocus on the teachings of Paul, but it’s quite a wonderful experience to see it all come together,” said Rich Peluso, senior vice president of Affirm Films, part of Sony Pictures.

Paul resonates, not only because he dominates so much of the New Testament, but because he’s a familiar figure in our current media landscape — the type to say “‘boo’ to every goose and then say ‘boo’ to all the swans as well, just in case,” according to author and biblical scholar Wright, who said before the film’s release he hadn’t seen it but was “intrigued.”

That makes Paul unlike many of history’s great thinkers — and also presented some difficulty bringing his story to the screen, Peluso said. It spans 60 years and 10,000 miles, a blinding encounter with Jesus, a shipwreck, imprisonments, miracles, feuds and more.

That’s why filmmakers decided to focus on Paul’s last days in prison before his execution, though a TV miniseries is a possibility depending on the success of “Paul, Apostle of Christ,” Peluso said.

In the film, Luke (Caviezel) meets with Paul (James Faulkner) in prison to record his dramatic conversion and other reflections into what would become the Book of Acts.

Meantime, the early church struggles against persecution by the Roman government — and how to respond to it. “Christ called us to care for the world, not rule it,” one character protests when others discuss breaking into the prison to free Paul and overthrow the government.

“At this moment in our culture and in our world I think we really are starting to doubt this idea of grace and mercy and forgiveness and love, and Paul’s story is such a strong example of just the enormity of God’s grace and love, and I think it’s something that’s so needed right now,” writer-director Andrew Hyatt said.

Hyatt said he hoped the film would help viewers see biblical figures like Paul as real people, “not beautiful statues with halos on their heads” and books like Acts and Paul’s letters as “lived experience,” not something that came from a “preachy, heady space.”

He added that he hopes the movie appeals to both Christian and non-Christian audiences — that it’s not too “preachy,” while also respecting the concern some Christians have about Scripture in the hands of Hollywood filmmakers.

“I think there’s a big hesitancy when it comes to Hollywood Bible movies, and I think there’s kind of a nervousness and a fear: ‘Oh no, did they screw it up again?’” Hyatt said.

“I just want to encourage the audience this is a film by people (for whom) the story is as important to them as it is to the audience. We want people to get excited and be encouraged.”