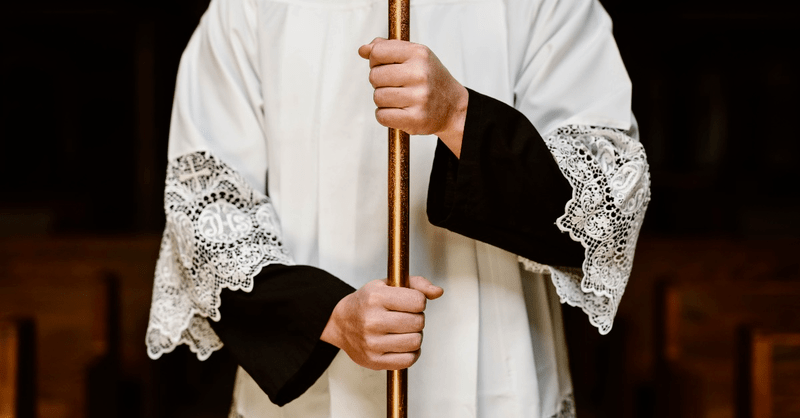 Fox News reports that a grand jury in Pennsylvania has found hundreds of Catholic priests in the state have committed acts of child molestation dating as far back as the 1940s.

According to the grand jury report which was released on Tuesday, the jury reviewed around 250 thousand pages of in house church documents which “contained credible allegations against over three hundred predator priests.”

The document went on to say, “over one thousand child victims were identifiable, from the church's own records. We believe that the real number - of children whose records were lost, or who were afraid ever to come forward - is in the thousands.”

Fox news reports that “one boy was forced to say confession to the priest who sexually abused him.”

The jury offers many accounts of abuse in the report. Among the accounts they include the story of a women named Julianne. Julianne, who is now 68 years old, recalled that she was sexually assaulted by Father Fromholzer in 1964 during a trip to the Poconos. According to the grand jury document, Fromholzer was a religion teacher at Julianne’s school, Allentown Central Catholic High School. Fromholzer “took Julianne and at least one other girl for a ride in his car. The trip was unsupervised and Julianne' s family was comfortable with the trip since Fromholzer was a trusted priest. Fromholzer groped the girls as he encouraged them to take turns sitting next to him. Fromholzer' s conduct escalated, and he touched Julianne under her clothes.” According to the grand jury report, the abuse escalated. Julianne recalled the abuse saying, “then we went - he laid out a blanket and he started kissing, feeling...” The abuse against Julianne only ended when she moved up a grade and was sent to a different school building.

Additionally, it is notable that most of the cases it appears that the churches had a strategy for handling these situations when they arose. The grand jury called this strategy “a playbook for concealing the truth.”

This ‘playbook’ contained several rules including:

“First, make sure to use euphemisms rather than real words to describe the sexual assaults in diocese documents. Never say "rape"; say "inappropriate contact" or "boundary issues."

Second, don't conduct genuine investigations with properly trained personnel. Instead, assign fellow clergy members to ask inadequate questions and then make credibility determinations about the colleagues with whom they live and work.

Third, for an appearance of integrity, send priests for "evaluation" at church -run psychiatric treatment centers. Allow these experts to "diagnose" whether the priest was a pedophile, based largely on the priest's "self-reports," and regardless of whether the priest had actually engaged in sexual contact with a child.

Fourth, when a priest does have to be removed, don't say why. Tell his parishioners that he is on "sick leave," or suffering from "nervous exhaustion." Or say nothing at all.

Fifth, even if a priest is raping children, keep providing him housing and living expenses, although he may be using these resources to facilitate more sexual assaults.

Sixth, if a predator's conduct becomes known to the community, don't remove him from the priesthood to ensure that no more children will be victimized. Instead, transfer him to a new location where no one will know he is a child abuser.

Finally, and above all, don't tell the police. Child sexual abuse, even short of actual penetration, is and has for all relevant times been a crime. But don't treat it that way; handle it like a personnel matter, ‘in house.’”

Sadly, the grand jury found that as a result of various attempts to conceal these crimes by the Catholic churches in question, many of the cases were too old to be prosecuted. The grand jury wrote “we are sick over all the crimes that will go unpunished and uncompensated.”