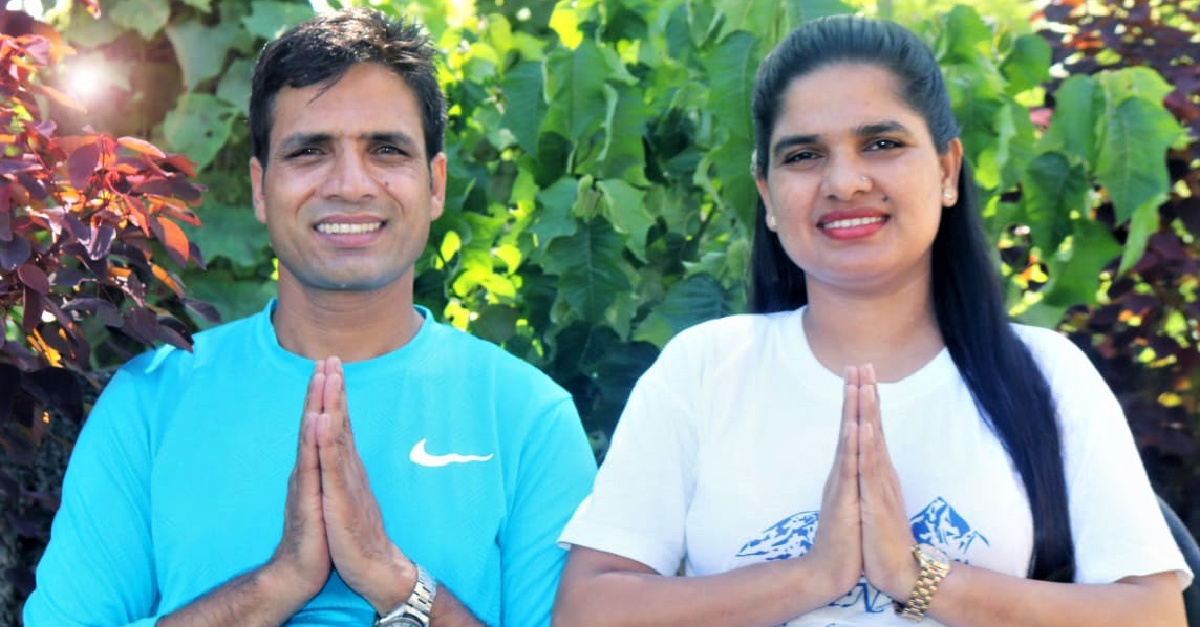 HYDERABAD, India, July 29, 2020 (Morning Star News) – A pastor arrested in Nepal in March on charges that violate religious rights, and then re-arrested moments after release in April, was released after paying an exorbitant bail this month, sources said.

First arrested on March 23 on charges of spreading false information for saying prayers can heal the novel coronavirus, pastor Keshab Raj Acharya had been released on April 8 only to be re-arrested moments later on charges of “outraging religious feelings” and “proselytizing.” After more than three months in prison, where he led several prisoners to faith in Christ, he was released on July 3 after paying bail equal to about $2,500, sources said.

“It was very difficult for me,” Pastor Acharya told Morning Star News. “I would think of my little children and my wife, and I would cry out to the Lord in prayer. I would look up at Him in hope that if it is in His will that I should be put through this, He would get me out of this.”

Government officials and police worked together against him, he said.

“They were laying a thorough plan to make sure I would stay in the jail for a longer period,” Pastor Acharya said.

The charges against the father of two young children violate a freedom of religion agreement to which Nepal is a signatory, rights advocates and Christian leaders in the Himalayan country said.

During his initial imprisonment in the Pokhara jail, he met a young man who was so discouraged he was contemplating suicide, he said.

“Soon he became very close to my heart like a younger brother. I prayed with him and encouraged him to put his trust in Lord Jesus,” Acharya said. “Soon the Lord filled his life with hope and joy. He was the first person who turned to Jesus during my stay in the Pokhara jail, and soon a few more turned to the Lord.”

After 17 days in the Pokhara jail, he was able to distribute Bibles to inmates before being released on bail and quickly re-arrested, he said.

“They were overjoyed to receive them,” Pastor Acharya told Morning Star News. “I was released on bail after my wife paid 5,000 Nepalese rupees [US$41] on April 8, but after few minutes I was again taken into custody.”

When he asked why officers were arresting him again, police said he had gone against Nepalese religious customs by distributing gospel tracts in several places, he said. Officers further questioning him mocked and harassed him as they ordered him to explain each photo they found in the cell phone they had confiscated from him, he said.

Pastor Acharya had stored files of and about gospel tracts on his mobile phone. Seeing photos of different areas of Nepal and people he had met there, the officers mocked him, saying he had been to every district, and that the photos were solid evidence against him, he said.

“They ridiculed, ‘Oh, you have gone all around this country preaching about Christ against the Sanathan Hindu culture and customs. You are a threat to our nation. You should not be let go that easily,’” Pastor Acharya said.

When he asked officers why he was held in custody so long despite cooperating in every possible way, they spoke respectfully to him while at the same time fabricating false charges against him, he said.

“The officers told me, ‘Sir, you are not a criminal. You are a man of God. The Lord will save you,’ but they would twist the context of my narration and write statements on their own to only make the cases against me stronger,” Acharya told Morning Star News. “Only when I was produced before the judge did I get to know what all they have written about me. And, each time I was surprised to see the police twisting my statements and presenting them before the court so that the judge would really think I am a threat to national security.”

Police filed charges of outraging religious feelings and proselytizing, and on April 19 a Kaski District judge set a bail of 500,000 Nepalese rupees (US$4,084), considered disproportionately high for the level of charges against him.

“Every time I had asked the police to show me the statements they have written about me, they did not allow me to read them and took my signatures without me reading a word,” the pastor said.

When inmates asked him why he was incarcerated, during the course of conversation he would share the gospel with them, including “backslidden believers,” he said.

“Some of them even asked me to baptize them and told me that they desire to return to the Lord,” he said. “I was not even a month inside the prison that I had developed a strong friendship with the inmates. It was only the love of Christ that was comforting me, even through the mental torture and extreme physical discomfort.”

After 25 days, police planned to transfer him to the more remote Dolpa District jail, which has a reputation for mistreatment and poor conditions.

On May 13 officers arrested him from court premises on a third set of charges and sent him to the Dolpa jail. They treated him like a most-wanted criminal, stopping at every police station along the way and frequently changing the personnel taking him on the three-day trip, he said.

“Some of the police personnel who accompanied me did not wear masks,” Pastor Acharya told Morning Star News. “I was offered food in plates that were not clean, and especially since the COVID-19 spread in Nepal was rising, I had concerns about safety and hygiene. But I gave thanks and ate whatever they offered.”

Accusing Pastor Acharya of printing and distributing gospel tracts, the Dolpa District Attorney’s office on May 21 filed charges under the Nepal Criminal Code’s Section 158(1), which prohibits converting anyone from one religion to another, and Section 158(2), which prohibits undermining one’s religion with the intention of converting another person.

He was denied bail on May 22, but more than a month later the district judge reviewed the order decided to release him temporarily on bail of 300,000 Nepali rupees – about $2,500. Five days after the order, he was released on July 3, he said.

Pastor Mukunda Sharma, executive secretary of Nepal Christian Society, told Morning Star News that Christian individuals and organizations concerned about religious freedom around the world came forward to extend support in prayer and action. The Nepal Christian Society’s Rapid Response Team formed a three-member committee to work on his case soon after hearing about it, he said.

“We had talks with the police officials at all the three police stations where Pastor Acharya was framed in cases of spreading false information that prayers could heal COVID-19 and outraging religious feelings and proselytizing Hindus to Christianity,” Pastor Sharma said. “Since Nepal is a secular state and the constitution of Nepal guarantees religious freedom and the freedom of expression to all the citizens equally, the committee studied Pastor Keshab’s case and came to the conclusion that he had been falsely framed in cases that are against the Nepalese law of the land and also international human rights laws.”

The society hired Supreme Court lawyer Govinda Bandi and petitioned the court, but their pleas were rejected.

“All through the imprisonment, Pastor Acharya was treated like a notorious criminal. His hands were tied behind as police shifted him from place to place,” he said. “Worried by the arrest and inhumane treatment of Pastor Keshab Acharya, the Nepal Christian Society along with individuals and organizations from across the globe petitioned the attorney general of Nepal, Mr. Agni Kharel, to drop all the wrongful charges against Pastor Acharya and uphold the freedom of religion and belief.”

Pastor Acharya’s wife, Junu Acharya, told Morning Star News she wished to thank all who have prayed for and supported her family throughout the ordeal.

Unable to pay the rent on their worship facility, she added, the church has vacated the building.

While Nepal’s 2015 constitution establishes it as a secular and democratic republic, its definition of “secular” appears to protect Hinduism and allows others only to worship in their own faiths. Article 26 forbids anyone to “convert a person of one religion to another religion, or disturb the religion of other people.”

Advocacy groups have detected increased enforcement and other anti-Christian efforts as officials seek to placate Hindus incensed that the new constitution did not re-establish a more prominent place for Hinduism. A landlocked country between the giants of India and China, Nepal is said to be more than 75 percent Hindu and 16 percent Buddhist. Christians are estimated to make up nearly 3 percent of Nepal’s population, and Muslims 4.4 percent.

Legal advocacy group Alliance Defending Freedom’s allied attorney in Nepal said Christians who were once primarily hit with false accusations of “forcible conversion” are now being charged with preaching or speaking about their faith publicly.

By criminalizing conversions, Nepal has infringed on the fundamental freedom of religion or belief which is guaranteed not only by its constitution but also secured by several international covenants, according to ADF-International.

“Nepal’s constitution prohibits the attempt of religious conversion,” according to an ADF press statement. “At the same time, Nepal is a signatory to the International Covenant on Civil and Political Rights, an international treaty explicitly protecting freedom of religion and expression.”