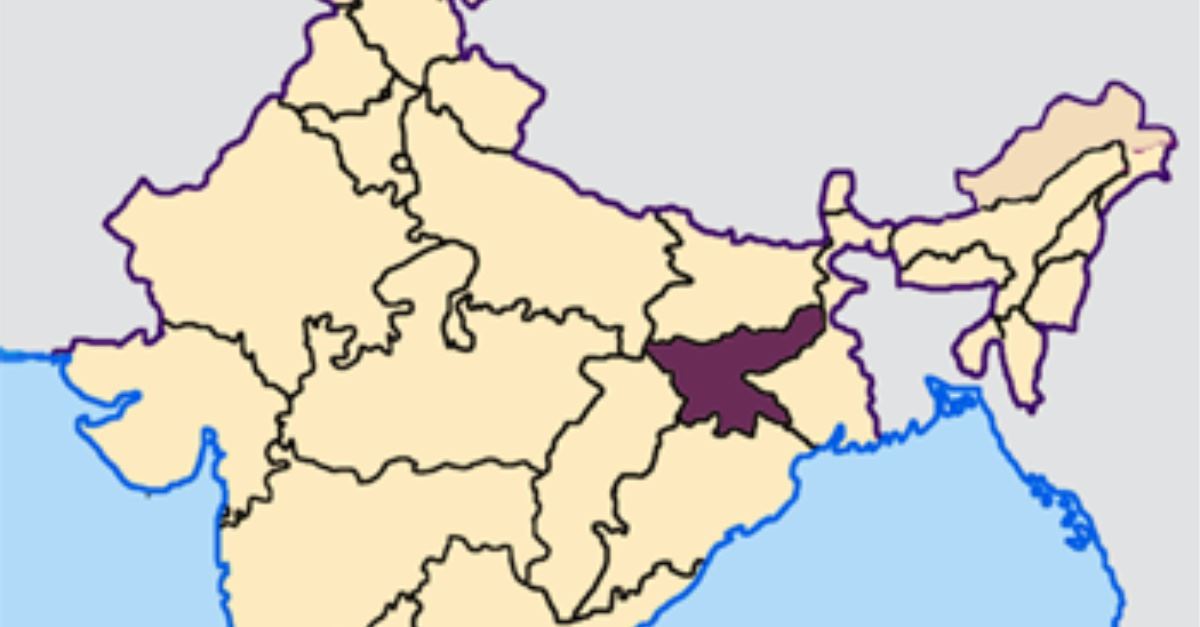 NEW DELHI, November 22, 2019 (Morning Star News) – A pastor and his family in eastern India are facing police charges after Hindu extremists with an axe, bamboo rods and wooden sticks attacked them in their home, leaving the pastor for dead, sources said.

The eight assailants, including a policeman, who attacked pastor Basant Kumar Paul as he prayed in his home at 6 a.m. on Nov. 12 in Parihara, Garhwa District, Jharkhand state, also seriously injured his mother, son, wife and brother.

Pastor Paul, 45, fell unconscious from blows from wooden clubs, and members of his family were assaulted as they came to rescue each other one after the other, sources said.

“Because he fell unconscious, he was saved, otherwise he would have been killed,” said pastor Gautam Kumar, presbyter of Indian Pentecostal Church in Nalanda Patna in Bihar.

Pastor Paul said he sustained serious injuries to his head and the rest of his body.

“I cannot even lift my finger without pain,” Pastor Paul told Morning Star News. “If I touch my head, it pains severely and feels swelled.”

“I had closed my eyes in prayer when one person from behind suddenly pressed my mouth and closed my nose, so that I could not breath, while another pair of hands started to choke me at my throat,” Pastor Paul told Morning Star News. “I began to throw my hands and feet in all directions, trying to rescue myself as I choked to death. A third person picked up my Bible and threw it.”

His wife, Devi, rushed to help him. Two of the assailants held him as the others beat her with wooden sticks, he said.

“They hit my wife while abusing her with vulgar language, accusing her of performing witchcraft and spreading it among the women of the village,” Pastor Paul said.

His son then ran into the room, he said.

“Leaving my wife, the attackers pounced on my son,” the pastor said. “Four of them caught hold of him, lay him on the floor, and the others began to hit him with the wooden sticks. They aimed at his leg and beat him mercilessly, till his leg broke.”

While the Hindu extremists were beating Raj, villagers ran to inform the pastor’s mother and brother, who live about 500 meters away. His 68-year-old mother, Lakhpati Devi, and brother ran to his rescue.

“The attackers did not even spare my old mother – they hit her with wooden sticks, and one of them attacked her with an axe, injuring her head,” he said. “They beat my brother Uday and struck him with the axe on his head as well.”

Some 15 to 20 supporters and relatives of the Hindu extremists joined in, each carrying a thick wooden club, he said.

“They all began to beat me. I got several blows on my back, legs, head and every inch of my body,” Pastor Paul said, adding that eyewitnesses later told him that everyone in the mob hit him until each one’s wooden club broke. “From 200 to 250 spectators stood witnessing the assault, but none dared stop the brutality, fearing their own lives.”

He said he later learned that assailants left with a warning to Devi that if she approached police, her complaint would not be considered, as one of their number, Dineshwar Ram, was a policeman.

After regaining consciousness about 15 minutes later, he put each of his injured family members into his motorized three-wheeler and drove straight to the police station, he said, as crime victims in India are required to first go to police who take them to a hospital.

Reaching the Garhwa police station at about 8 a.m., officers immediately sent them to a government hospital about 500 meters away, he said.

Pastor Paul said he was also nearly killed in a 2015 attack, and that his is the only Christian family in the village, though the front room of his home accommodates 35 families from surrounding areas as far as 20 kilometers (12 miles) away for worship services.

“I have faced so much opposition from my own family, my clan and from the [Hindu extremist group] Rashtriya Swayamsevak Sangh, where I was deeply involved as a teacher before I came to Christ, that I have become immune to persecution now,” Pastor Paul told Morning Star News. “I am not scared of persecution anymore. Though in the initial years of my faith, I would be scared.

“My physical body might be weak, but my spirit is very strong, it will not break with persecution. They tried to kill me twice, I was almost dead, but I still did not die. I will not die until the Lord calls me back home. This assurance drives away all my fears.”

After admitting family members into the hospital, Pastor Paul wrote a hand-written complaint and submitted it at the police station.

“As I walked out of the police station, I collapsed at the door,” he said.

He was carried to the hospital, where his wife and family thought he had died, he said.

“My wife and family in the hospital began to lament for me, thinking I was dead,” he said, adding that he regained consciousness at 5 p.m. that day.

The pastor and his family were discharged from the hospital the next day, Nov. 13, despite the severity of their injuries.

“My mother is still not able to walk,” he said, adding that an unregistered medical practitioner in the village is treating her at her home.

The pastor is foregoing treatment for himself in order to arrange finances for his son’s surgery, he said.

“Anugrah is young and has his life ahead of him – I want to concentrate on getting his operation done,” he said. “If later I will be able to arrange finances for myself, I will get myself checked.”

In his police complaint, he noted that the assailants also robbed him of 80,000 rupees (US$1,115), a wristwatch and his cell phone. He had been planning to use the money stolen to make a payment on his newly purchased, three-wheeler vehicle, he stated in the complaint.

Police registered a First Information Report (FIR) against the Hindu extremists but have taken no action and made no arrests, he said.

“No policeman accompanied us to the hospital or came to visit us,” he said. “In fact, my written complaint was manipulated and reported in a milder form.”

Though the alleged assailants have been identified, police registered the FIR, Case No. 724/19, against five identified men and two identified women under Indian Penal Code sections 147 for rioting, 148 for rioting armed with deadly weapon, 149 for unlawful assembly, 295 for injuring or defiling place of worship with intent to insult the religion of any class, 341 for wrongful restraint, 323 for voluntarily causing hurt, 379 for theft and 506 for criminal intimidation.

Police summoned Pastor Paul to the station on Monday (Nov. 18), where the same officer investigating his complaint, Arun Kumar Tiwari, informed him that an FIR had been registered against him and seven family members 20 minutes before his was registered.

“The I/O [Investigating Officer] asked me to procure anticipatory bail, or else I would be arrested,” the shocked Pastor Paul told Morning Star News.

The pastor petitioned a court on Monday (Nov. 18) that Section 307 for attempted murder and five other sections be included in his FIR.

“The police deliberately left these sections out of the compliant I placed,” he said. “My application has been accepted by the court, and soon I will hear from them.”

Officer Tiwari told Morning Star News that state elections are occupying police, and that the case is on hold until after that.

“Hence, we are not going to proceed with anything related to this case till the 30th of this month, as elections would have been concluded by then,” Tiwari said. “Only after that, investigation will be done, and will be done so in a neutral manner without favor to anyone.”

Asked how he could guarantee neutrality when one of the attackers was a policeman, Tiwari told Morning Star News that Ram was no longer posted at the Garhwa police station, having been transferred long before the incident.

Asked about the severity of the injuries to the Christians, Tiwari downplayed their appearance.

“We can only go on what the medical report says, not on what we can see,” he told Morning Star News. “Once we have the report, then we will take suitable action.”

Pastor Paul, who has another son, a daughter and a grandson, has led a house church since 2010 under Calvary Gospel Ministries with its head office in Ranchi.