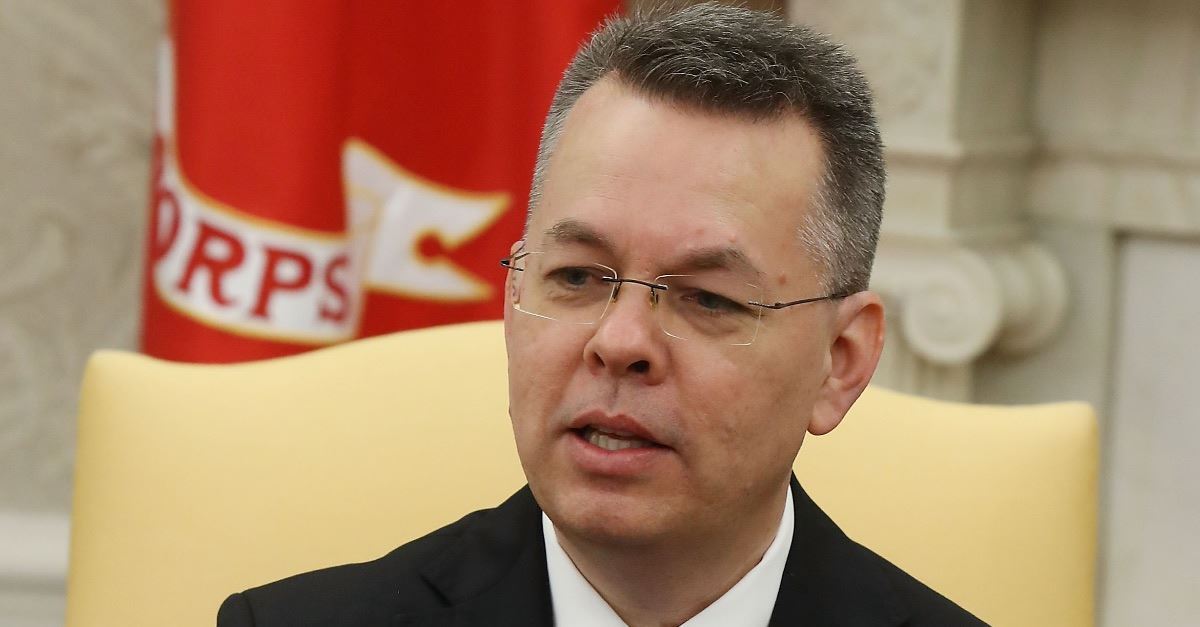 Pastor Andrew Brunson revealed in an interview how his faith and a specific passage in the Bible got him through his two-year imprisonment in Turkey.

Pastor Brunson is an American Pastor from North Carolina who worked as a pastor and lived in Turley for 23 years before he was detained in 2016 with his wife.

Brunson’s wife, Norine, revealed in an interview with CBS This Morning that she was released after 13 days in prison, but her husband would be held for two years.

The North Carolina Pastor was officially charged with espionage and being a part of a terrorist group and earlier this month he was released on time served. Brunson adamantly denies these claims, but still following his arrest and release, he had to leave Turkey to come back to America.

The Pastor sat down with the hosts of CBS This Morning to talk about his experience and time in prison.

Brunson noted that for a while he was in solitary confinement saying, “There was very little contact with the outside.”

He continued, “I could see Norine, for example, 35 minutes a week through window glass talking by phone. She actually is very strong and had to take me through this emotionally and spiritually. She was the only one I could receive truth from. So, when she would come in, she would encourage me and that is what would keep me going through the next week.”

Brunson was eventually moved to an overcrowded prison where he shared a cell for eight people with 20.

Brunson told the hosts that it took some time before he was allowed to have any books, let alone a Bible. But, when he was finally given a Bible, he said 2 Timothy got him through the hard parts of his prison stay.

“I read 2 Timothy where Paul talks about suffering and finishing the race well," Brunson said. "This became my prayer. I want to be faithful and endure and finish well.”

Though the experience was trying for the couple and their three kids, Brunson said, he knew God would use this experience for good. “I believe that God was involved in this for us, because I think of millions of people who prayed for Turkey during that time.”