Beckham recently took to Instagram to share with his 11.5 million followers that he dedicated his life to Jesus. In July, Beckham was on a trip to Israel when he decided to be baptized. The wide receiver shared a photo of the experience captioning it, “FRESH START…What a time ! #Jerusalem #ImForgiven”

Since then Beckham has posted several photos with captions voicing his love and gratitude for God.

While in Israel Beckham posted a photo of him riding on a camel captioning it, “couldn’t of asked for anything more!!!! God I can’t thank u enough for this one. My journey is just beginning…” 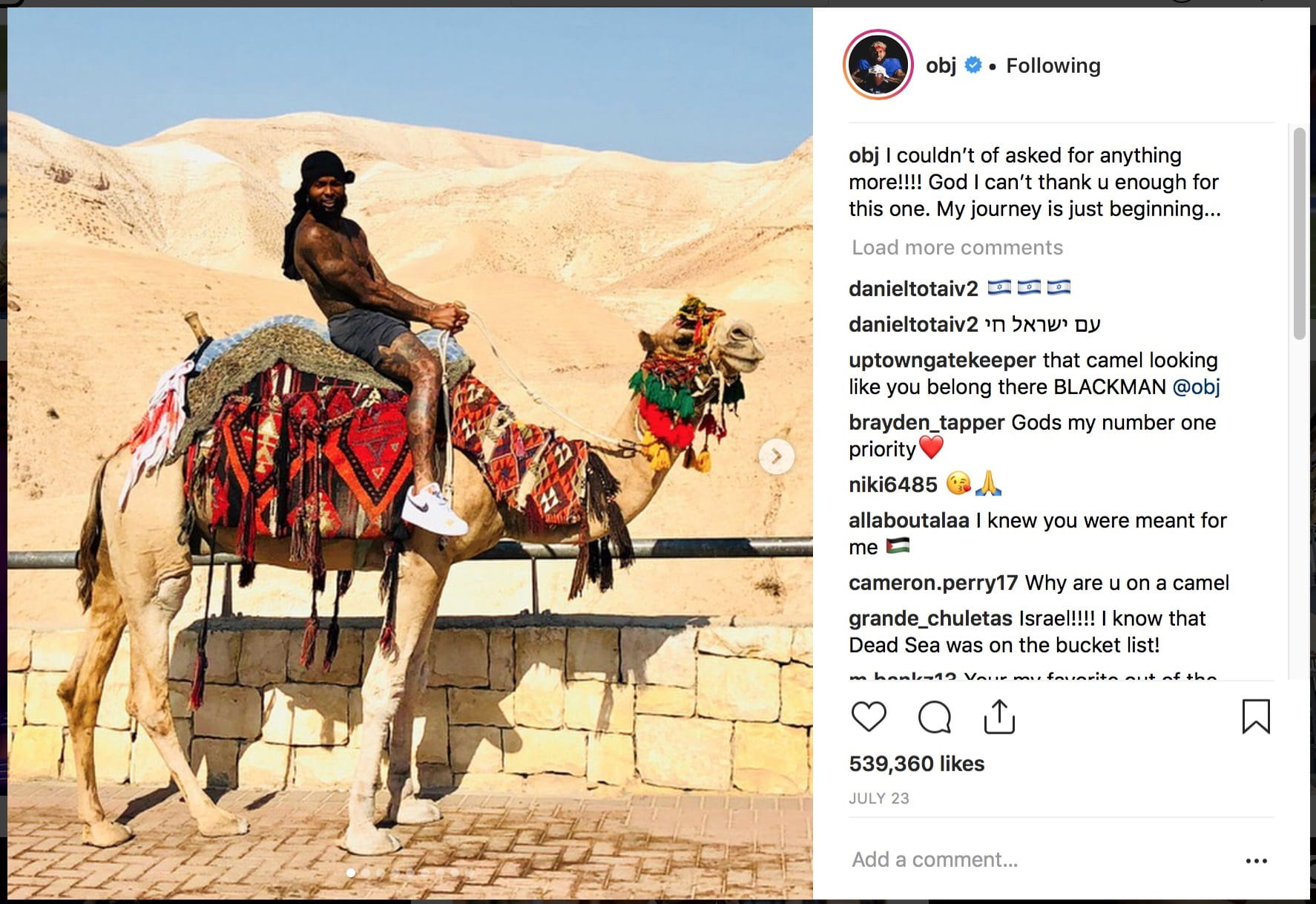 In August he posted a photo of him seemingly signing a contract for the New York Giants captioned, “God, I can’t even put into words my gratitude. This is only the beginning… #ImThankful” 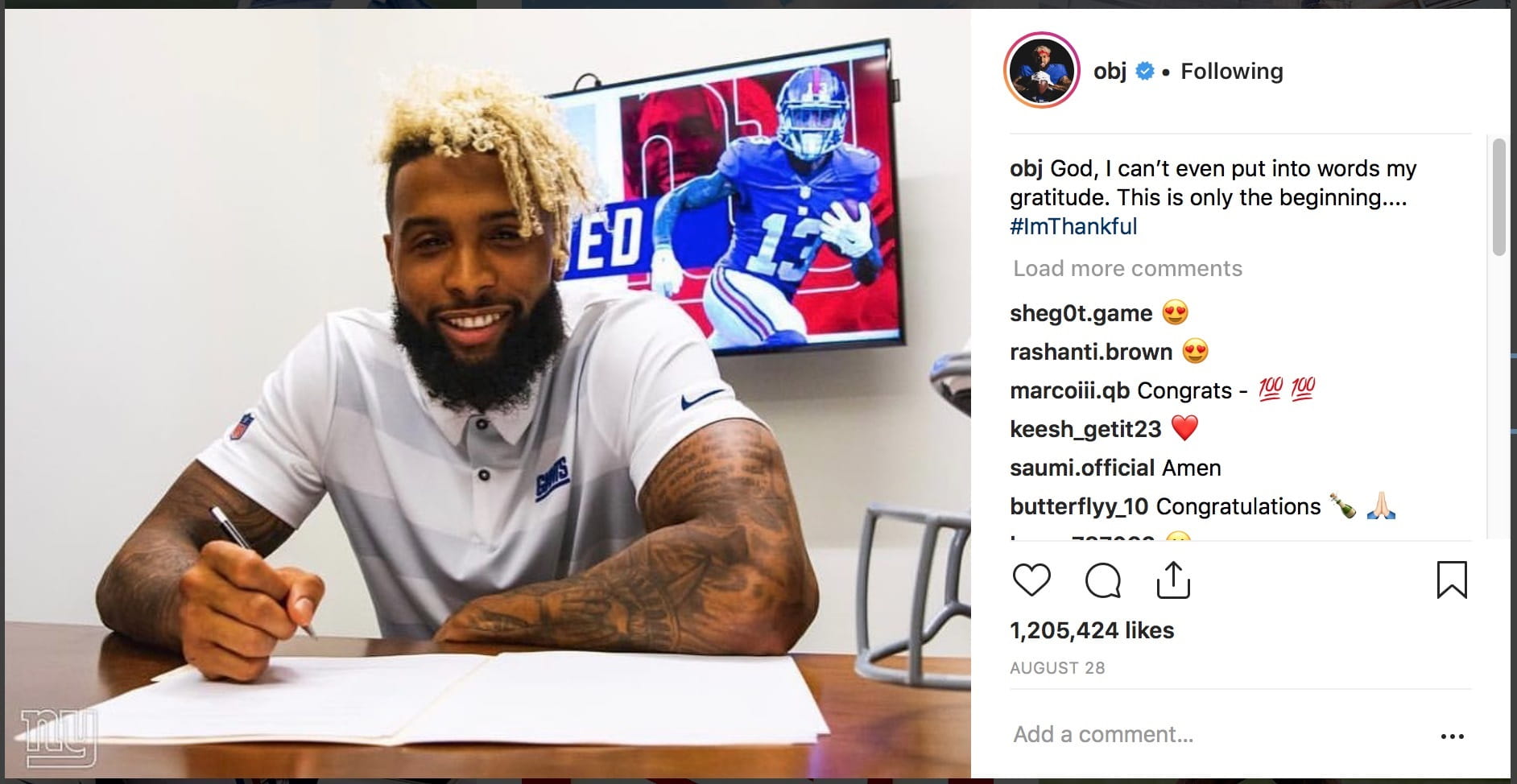 This weekend, Beckham played in his first game since breaking his ankle in October and the player decided to capture the moment with a series of Instagram posts. Instead of posting a photo of himself while playing, Beckham took the opportunity to give glory to God. The wide receiver posted a photo of himself on his knees praying and captioned it, "Lord, I come to you at this time... not to ask you for anything... but just to say Thank You."

In an earlier post, Beckham wrote, "Mind. Body. Soul. Spirit. God I can't thank u enough for completely puttin me back together and givin me another opportunity. It's OUR time. #ELEVATE.”

Beckham and the New York Giants will face the Dallas Cowboys this Sunday at 8:20 pm EST.