Obama under Fire for Condemning Israeli Settlements in the West Bank 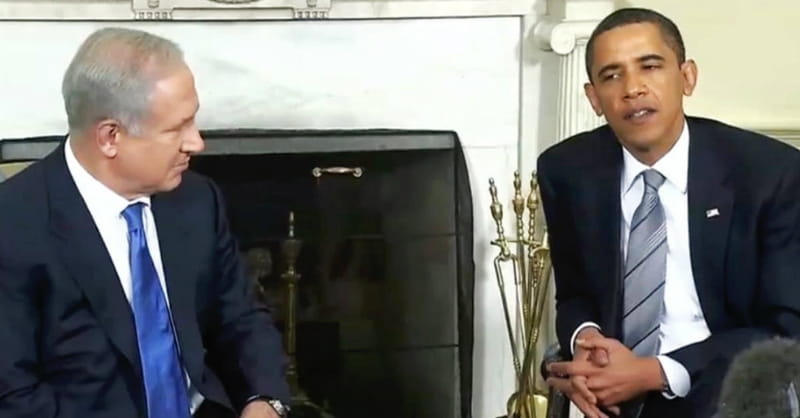 Obama under Fire for Condemning Israeli Settlements in the West Bank

President Obama has come under fire for allowing the U.S.’s representative to the United Nations to abstain from voting to support Israel’s right to settlements in the West Bank.

Many commentators view Obama’s direction for the representative to abstain from the important vote, known as Resolution 2334, as tacit condemnation of Israel’s claim to the West Bank.

“What he did was so nasty, he pulled a bait and switch. He told the American public this is all about the settlements deep in the West Bank. And yet, he allowed he representative to the U.N. to abstain –which is really a vote for– a resolution that says the Jews can’t pray at the Western Wall, Jews can’t live in the Jewish Quarter [of Jerusalem] where they have lived for thousands of years. And he’s going to say, ‘Whoops! I didn’t mean that!’ Well read the resolution! You’re a lawyer, you went to Harvard Law School,” stated Dershowitz in an interview with Fox & Friends.

Dershowitz also accused President Obama of trying to get back at Israeli Prime Minister Benjamin Netanyahu. Obama and Netanyahu have not maintained a very agreeable relationship throughout Obama’s time as president.

By directing the U.S.’s UN representative to abstain from the decisive vote, Obama has tied the hands of his successor, President-elect Donald Trump, stated Dershowitz, since the UN vote is not able to be reversed.

Jonathan S. Tobin at CommentaryMagazine.com also notes that this resolution is more drastic than previous ones, since this marks the first time the U.S. actually suggested that the Jewish presence in the West Bank is illegal.

Trump recently tweeted a response to the UN resolution:

We cannot continue to let Israel be treated with such total disdain and disrespect. They used to have a great friend in the U.S., but.......

not anymore. The beginning of the end was the horrible Iran deal, and now this (U.N.)! Stay strong Israel, January 20th is fast approaching!

Meanwhile, Dershowitz has called Obama “one of the worst foreign-policy presidents ever.”