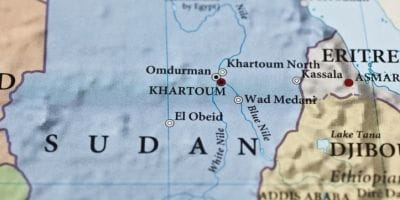 JUBA, SOUTH SUDAN (ANS) -- The Sudanese government has stepped up bombing of its own non-Arab civilians in Christian areas of Sudan's South Kordofan state the past month, killing a 1-year-old baby and wounding others, sources said.

According to a story by Morning Star News, since South Sudan split from Sudan in a referendum last year, ethnic Nuba peoples in Sudan's South Kordofan state believe the government's goal of squashing Sudan People's Liberation Movement-North (SPLA-N) rebels carries an increasingly evident goal of ridding the area of non-Arab peoples and Christianity.

Citizen journalists at the online news site NubaReports.org claim that 81 of 102 bombings in South Kordofan in October hit civilian areas under no ground attack. The bombings were not meant to provide air support for ground forces, and they did not hit SPLA-N soldiers.

Run by an aid worker who remained in South Kordofan after his Christian humanitarian organization was forced to evacuate when military conflict escalated last year, Nuba Reports' stated goal is to credibly report attacks on civilians as the government has forbidden media and aid agencies access to the area.

"Our people are dying every day as result of aerial bombardment because they are Christians," a pastor said during a recent funeral for bombing victims.

Sudan dropped 15 bombs on Um Serdeba on Oct. 30, according to Nuba Reports, and also bombed Karkaia and Al Latmore villages. The attacks wounded a 9-year-old girl whose family is Christian, a source told Morning Star News.

These bombings in Um Dorain County also killed some cattle, according to Nuba Reports. With thousands of rebel fighters from the SPLA-N based in the Nuba Mountains, the Sudanese Armed Forces are bombing and setting fire to food and water supplies, besides blocking humanitarian aid, according to Human Rights Watch (HRW).

Morning Star News said since military conflict began in June 2011, the Sudanese military has bombed Nuba churches, schools and farms, with most civilian deaths taking place where witnesses told HRW there was no evident military target or rebel soldier, according to the New York Review of Books.

The Review also reported on Aug. 16 the existence of a "secret document" outlining the Sudanese military's objective of occupying the Nuba Mountains.

According to Morning Star News, thousands of civilians have reportedly taken refuge in Nuba Mountain caves, with many sending their children on dangerous treks to refugee camps in South Sudan.

The Nuba people have longstanding complaints against Khartoum -- including neglect, oppression and forced conversions to Islam in a 1990s jihad. However, as Sudanese citizens on the northern side of the border, they were never given the option of secession in the 2005 peace pact between northern and southern Sudan.

Morning Star News said the SPLA-N rebels in the Nuba Mountains were formerly involved with the southern SPLA forces fighting Khartoum before the 2005 Comprehensive Peace Agreement (CPA). The SPLA now governs South Sudan, and a border conflict has kept the two Sudans on the verge of another full-scale war since June 2011. The growing rebel movement in the Nuba Mountains has sparked tensions.

On Oct. 18, three children from a family in the Christian village of Tabalo were seriously wounded, sources from the area told Morning Star News. They are Yasir Khamis, 7, and 3-year-old twins Misoon Khamis and Missol Khamis.

Morning Star News said on Oct. 31, an Antonov plane dropped 13 bombs on the village of Hajar Jallab in Delami County; casualties were unconfirmed, according to Nuba Reports, but church leaders said they believe there were Christians injured or killed.

Morning Star News said humanitarian agencies are saying that the Islamic government is targeting civilians in the Nuba Mountains as an "ethnic cleansing" of non-Arab peoples, at the same time aiming to rid the area of its large Christian population.

Sudanese government forces bombarded Heiban in South Kordofan on Sept. 27, killing a Christian mother of seven and wounding at least six others, sources said. They said bombs from an Antonov airplane dropped five bombs near a crowded market, killing Asia Omer Kuku. The youngest of her seven children was 4 months old at the time of the bombing.

Morning Star News said Kuku was working in a field near a church building when the bomb hit, according to Nuba Reports.

Howeda Hassan, another Christian mother of seven children, sustained a serious stomach wound. She was described as in critical situation but without medical care.

Other Christians wounded in the bombing of the town south of Kadugli, capital of South Kordofan, was a son of the Rev. Yagoub Ibrahim Tia of the Sudanese Church of Christ, area Christians told Morning Star News.

Manas Yagoub Ibrahim Tia, 15, sustained wounds to his right leg and burns on his face. The sources said another Christian, 65-year-old Martha Kuku Bilal, received injuries to her face.

Morning Star News said Samira James Kuku, 70, suffered a broken right leg; both her arms were also broken. Firous Silas was wounded in her right leg, and 40-year-old Abdelrasoul Angolo sustained a wound in his right shoulder, according to the area sources.

Morning Star News said the disputed election of Ahmed Haroun as state governor -- many in South Kordofan consider him a Khartoum appointment -- helped trigger military conflict in 2011. On Oct. 22, the pro-government newspaper Al Intibaha called on Haroun to continue ridding the area of "infidels."

The board chairman of Al-Intibaha, Al-Tayyib Mustafa, is accused of inciting hatred against Christians in Sudan. Mustafa is President Bashir's uncle, and the Sudanese government helps support his newspaper. Since its establishment in 2006, the newspaper has vented hostilities against churches and Christians.

According to Morning Star News, last December in the town of Gadrief in eastern Sudan, Bashir vowed to base Sudan's constitution on a strict version of sharia (Islamic law). Bashir, along with Haroun, is wanted by the International Criminal Court for crimes against humanity committed in the western region of Darfur.

Morning Star News said Sudan's Interim National Constitution holds up sharia as a source of legislation, and the laws and policies of the government favor Islam, according to the U.S. State Department.

Jeremy Reynalds is senior correspondent for the ASSIST News Service, a freelance writer and also the founder and CEO of Joy Junction, New Mexico's largest emergency homeless shelter. He has a master's degree in communication from the University of New Mexico, and a Ph.D. in intercultural education from Biola University in Los Angeles. His newest book is Homeless in the City.