'Not a Single Bible Was Burned', Fire Department Says after Responding to Dangerous Church Fire 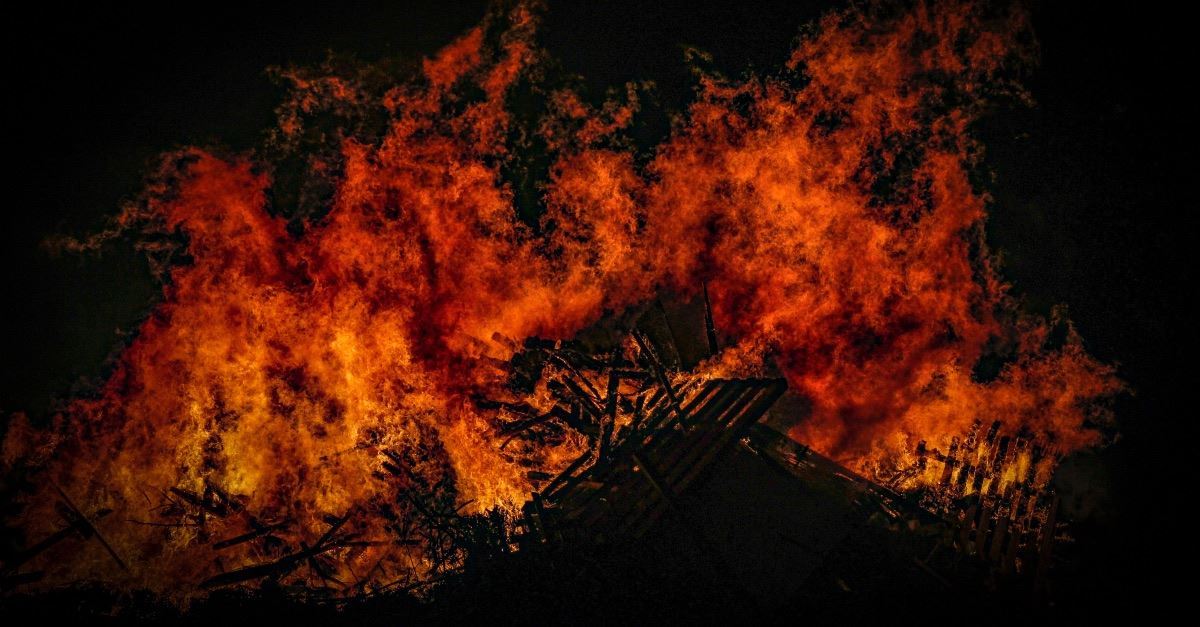 'Not a Single Bible Was Burned', Fire Department Says after Responding to Dangerous Church Fire

In the early morning hours Sunday, a fire broke out at a West Virginia church sparing nothing but the bibles and crosses inside.

According to WIVB, firefighters arrived the Freedom Ministries Church in Grandview, W Va. at 1:00 am on Sunday to see the building engulfed in flames.

In a post shared by the Coal City Fire Department on Facebook, the fire department noted the miraculous nature of the spared Bibles.

The fire department wrote, “On March 3 around 12:58 am our department was dispatched to assist Beaver VFD with a structure fire at the Freedom Ministries Church, located in Grandview WV.”

“Though odds were against us, God was not,” they wrote.
The fire department then painted a picture of the night of the fire writing, “Picture this, a building so hot that at one point in time, firefighters had to back out. In your mind, everything should be burned, ashes.”

Yet, “Not a single Bible was burned and not a single cross was harmed!! Not a single firefighter was hurt!” the post proclaimed.

After posting about the Bibles miraculous survivals through the raging church fire many people took to Facebook to share similar experiences.

Dean Vandall commented on the post saying, “Out of every structure fire I have responded to in the past 20 years, not one Bible has burned, they might have smoke damage or chared (sic) around the edges but you could still read every page. We gave the owners back a lot of Bibles over the years. It just goes to show that God's word is more powerful than the devil's fire and fury no matter how hot it gets. God was watching over all you guys lastnight (sic), and every fire call yall go on.”

Erin Hoover shared a similar experience writing, “I was a responding vol. firefighter on 9/11 to Flight 93 in Shanksville, Somerset County. We were walking in the woods yelling for survivors, and looking for the wreckage when we got on scene. We found wallets and papers, blowing in the wind, that were charred and burnt. Unreadable. We did, however, find a Bible. Untouched. Completely readable.”

Sharon Lackey too had experienced a fire where her Bible survived. She wrote, “When our house burned in Texas I had the family bible laying on dad's army trunk that he carried around the world doing his tours of duty. The top of the trunk burned a hole through the top where the bible was laying (sic) and it didn't damage the bible in any way. I still have both the trunk and the Bible. They serve as a reminder to me how great the word of God can be.”