North Korea: US Citizens Set for Release ahead of Trump-Kim Talks 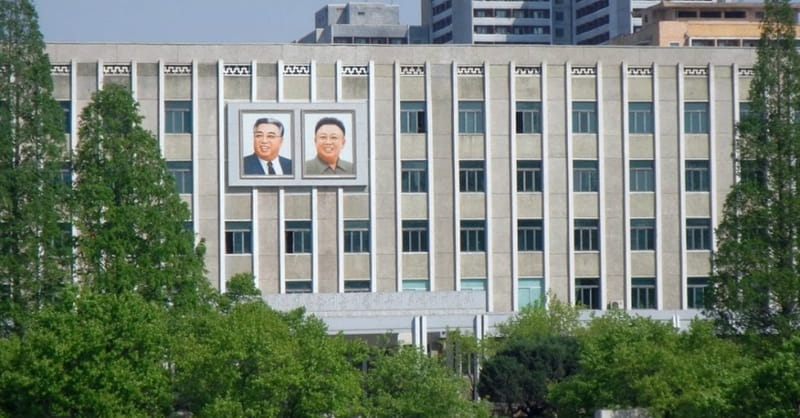 North Korea: US Citizens Set for Release ahead of Trump-Kim Talks

Three American citizens detained in North Korea seem set to be released ahead of a meeting between the two countries’ leaders next month.

The BBC reported that the three men had been “relocated to a Pyongyang hotel and are receiving good food and medical care”.

US President Donald Trump tweeted yesterday (2 May) that the US “has long been asking for three hostages to be released from a North Korean Labor camp, but to no avail. Stay tuned!”

As everybody is aware, the past Administration has long been asking for three hostages to be released from a North Korean Labor camp, but to no avail. Stay tuned!

Who are the Americans?

Kim Dong-chul, a pastor in his early 60s, was arrested in 2015 and sentenced to 10 years’ hard labour after admitting spying for South Korea, which Seoul denied.

Tony Kim (also known as Kim Sang-duk) was detained in April 2017 for “committing criminal acts of hostility” against the North Korean government. Kim, in his 50s, had been involved in humanitarian work with orphanages and taught at the Pyongyang University for Science and Technology (PUST), which trains the children of North Korea’s elite and has a volunteer staff that includes many evangelical Christians.

Kim Hak Song was arrested two weeks later, in May 2017, as he prepared to leave the country after working for several weeks as a lecturer at PUST. He was arrested on charges of “hostile acts” against the regime. Reuters reported that in 2015, he had posted a message on the website of a Korean-Brazilian church in Sao Paulo, saying “he was a Christian missionary planning to start an experimental farm at PUST and was trying to help the North Korean people learn to become self-sufficient”.

In August last year Hyeon Soo Lim, a Korean-Canadian church leader sentenced to life in prison with hard labour, was released “on sick bail”. Detained since February 2015, he was convicted later that year of numerous charges, including an attempt to overthrow the government.

His release came just a few months after 22-year-old American student Otto Warmbier died at home, just one week after his release from 15 months’ detention for stealing a small flag from his Pyongyang hotel. Warmbier had been sentenced to 15 years’ hard labour but was released having reportedly falling ill while in detention and was evacuated in a medically induced coma.

In 2014 two Americans were released following a personal note from then US President Barack Obama to Kim Jong-un at the beginning of Obama’s week-long tour of Asia.

But South Korean pastor Kim Jong-Wook, sentenced to a life of hard labour in 2014, is still being detained. As a missionary, Kim operated from the Chinese border city of Dandong, where he provided shelter, food and other aid to North Korean refugees who crossed the border seeking relief from the famine in their country.

North Korea is No. 1 on the 2018 Open Doors World Watch List of the 50 countries where it is most difficult to be a Christian.

The post North Korea: US citizens set for release ahead of Trump-Kim talks appeared first on World Watch Monitor.

Photo: The three Americans have been detained on charges ranging from committing “hostile acts” against the regime to spying for a foreign country.