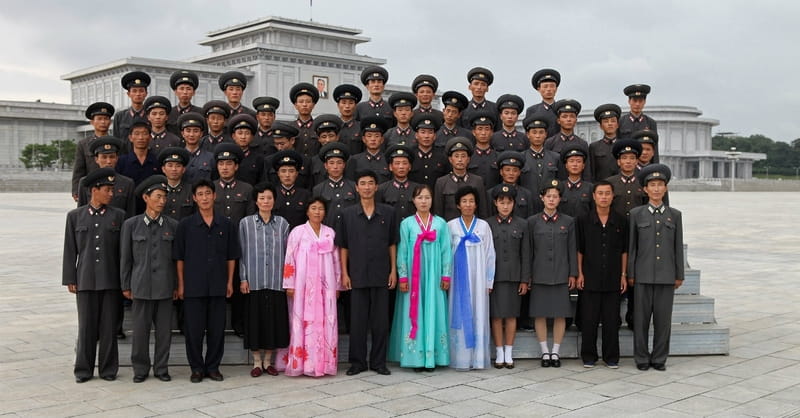 North Korea is cracking down on Christians and anything to do with Christianity in any way it can. North Korea’s supreme leader, Kim Jong-un, issued a mandate stating that North Koreans must celebrate the birthday of his grandmother in place of the birth of Christ.

ChristianToday.com reports that Kim Jong-un’s grandmother, Kim Jong-suk, was born on Christmas Eve in 1919. She was a Communist activist and the wife of North Korea’s first dictator, Kim Il-sung.

She died in 1949 under mysterious circumstances and has since been known as the “Sacred Mother of the Revolution.”

Kim Jong-un has mandated that North Koreans pay their respects to his grandmother by visiting her tomb.

This celebration of Kim Jong-suk is also to take place instead of a Christmas celebration which is forbidden in North Korea.

Even though Christmas decorations and activities are forbidden in the country, some businesses in Pyongyang, the capital, have erected Christmas trees, although they were not decorated in order to draw less attention.

North Korea is number one on Open Doors 2016 World Watch List of countries where Christian persecution is the worst.

It is estimated that 70,000 Christians are imprisoned in the country for religious or political reasons.