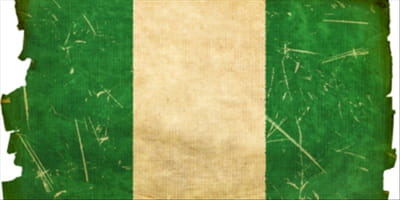 (WNS) -- In Nigeria more than 1,000 Christians crowded into St. Rita’s Catholic Church in Kaduna on the last Sunday in October. The small one-room structure offered bare walls and a tin roof as protection from the elements, while three-blade ceiling fans kept the warm air circulating.

Father Mike Bonni was offering communion prayers when a black Mercedes SUV arrived at the front gate around 8:45 a.m. Guards — youths equivalent to Boy Scouts — got into a brief argument with the driver, then watched helplessly as he rammed through the barricade and careened into the church. The suicide bomber and his ensuing explosion tore a gaping hole in the 10-inch concrete wall, damaged nearby buildings, and sent projectiles flying into the congregation. Ten Christians died and 145 were injured.

No one took credit for the suicide bombing, but it bore the markings of Boko Haram, an Islamic terrorist group responsible for killing more than 750 people in Nigeria this year. The group’s standing list of demands includes implementing Sharia law in all of Nigeria, freeing all Boko Haram prisoners, and toppling the country’s Christian president, Goodluck Jonathan. Muslim gangs destroyed more than 700 churches in a 48-hour period when Jonathan took office in April 2011 (see “Nowhere to run,” March 10, 2012) — and the violence isn’t stopping.

In the United States, Nigerian Christians have decided to come alongside their brethren in Nigeria, fighting back with the creation of the Christian Association of Nigerian Americans (CANAN) — an organization committed to raising awareness about what its members call “pre-genocide” conditions in their homeland. CANAN leaders also are pressuring the U.S. State Department to add Boko Haram to its list of foreign terrorist organizations (FTOs), which they say would send a serious message to political leaders and financial backers.

Some inside the FBI agree, and the Department of Justice has joined several lawmakers in pressuring the State Department to label Boko Haram an FTO, giving law enforcement more flexibility to combat the group. The State Department in June did name its top three leaders terrorists.

But lacking an overall U.S. terrorism designation, Boko Haram can operate without threat of sanctions or tracking. That not only makes it easier for Boko Haram to advance its operations, but also for sympathizers to arm and finance the group, which has been linked to al-Qaeda.

The State Department has been reluctant to label violence against the churches as terrorism, instead using the term “sectarian violence,” indicating Christians are participants in the violence — and that it’s fueled by economic rather than religious tension.

Nigeria, Africa’s largest oil-producing country, has roughly the same amount of Christians and Muslims in its 160 million population. Christians are predominant in the south, and Muslims dominate the north, where many states have enacted sharia law, even though millions of Christians live there.

“Religion is not driving extremist violence in either Jos or northern Nigeria,” said Johnnie Carson, Assistant Secretary of African Affairs at the State Department, to a gathering in Washington, D.C., earlier this year. Yet, Jos, a central Nigerian city of about 900,000, was the site of 37 Muslim attacks on Christians in 2011, according to Stefanos Foundation.

Boko Haram also killed nearly 200 in attacks in Kano last January. Yet after those attacks Carson cited poor health, education, and poverty in the north and said they are the reasons violent extremism is flourishing.

Though they aren’t saying so publicly, some at the State Department are worried about legitimizing Boko Haram and possibly helping the group’s recruitment efforts if it is labeled an FTO. They believe FTO designations for groups, such as al Shabaab in Somalia, may have emboldened them to more violence and expansion of terrorism.

There’s also concern the designation would give the moderately corrupt Nigerian government license to abuse and kill people at will, using Boko Haram as an excuse. In October, three days before CANAN held a Washington press conference to speak out on the attacks against Christians, a senior member of Boko Haram was arrested at the home of a Nigerian senator, suggesting the terrorists may have support with some in the government. Amnesty International released a report in November accusing both the government and Boko Haram of serious human-rights violations. CANAN chairman James Fadele said the Nigerian government is “no longer capable” of stopping Boko Haram without “drastic international help.”

Mark Lipdo, director of Stefanos Foundation (based in Nigeria), told WORLD Christians have engaged in retaliation (such as killing the man who led the Oct. 28 suicide bomber to the church in Kaduna), but he believes reports of Christian reprisals are exaggerated. Stories often cite anonymous “officials” or “authorities” who feed media faulty information that portrays Christians as doing an equal amount of killing, although most Muslim deaths have come at the hands of fellow Muslims.

The tepid State Department response can be traced to the first Bush administration when, after the fall of Soviet Russia, U.S. diplomacy shifted toward collective engagement in the Muslim world. Secretary of State Edward Djerejian articulated that view in a 1992 policy speech: “The U.S. government does not view Islam as the next “ism” confronting the West or threatening world peace,” he said. “The Cold War is not being replaced with a new competition between Islam and the West.”

That philosophy is still winning the day three administrations later, as the State Department’s thoroughly postmodern worldview that suggests all religions are created equal. Carson says the United States wants to help “level the playing field” between northern and southern Nigeria, which includes reopening a consulate in the mostly Muslim north. He said Secretary of State Hillary Clinton feels “very, very strongly” about establishing a U.S. presence in the north, and the State Department has a “pot of money” set aside to do it.

That doesn’t make sense in an area where U.S. officials can’t even monitor the use of USAID money because of the violence, said Emmanuel Ogebe, a Nigerian-American attorney working with CANAN (Officials with the U.S. embassy in the capital, Abuja, have been under travel restrictions keeping them out of the north for most of this year). Ogebe told me President Jonathan has not significantly helped Christians, taking federal funds to build Muslim schools but not rebuilding destroyed churches. “If the U.S. would exert as much pressure on him to care for the Christians as they’re pressuring him to care for the Muslims, maybe he would respond,” Ogebe said.

CANAN is pushing for more help from U.S. Christians, too, many of whom are tied to their Nigerian brethren by more than faith in Christ. Over 100 Episcopal churches in 40 U.S. states and 130 military and civilian chaplains in recent years have come under the oversight of the Anglican Church in Nigeria, which has about 20 million members. Bishop Julian Dobbs, who oversees the Convocation of Anglicans in North America, told me stateside Christians have an obligation to care for fellow believers and logical reasons to do so: “There is a growing Islamic ideology in the U.S. that clearly wants to see Sharia law applied here in the United States.”

Dobbs has surveyed the carnage firsthand in Nigeria, and he refuted the suggestion of sectarian violence, noting that “Islamic terrorists are bent on destroying any sign of the gospel.” Ninety-five percent of Anglicans in the northern Maiduguri Diocese, where Boko Haram is headquartered, have fled into exile, including its bishop. The Anglican bishop in Bauchi, another northern state, described the violence as “butchering on a daily basis.”

CANAN leaders have pointed to the Christian missionaries leaving Nigeria as an indication of the country’s grim reality because “they’re always the last to go.” Missions organizations need to be more engaged in advocacy, or they risk losing the ability to go into unreached areas, warns Katharine Gorka, executive director of the Westminster Institute: “Persecution is so on the rise that it’s going to become increasingly difficult for missionaries to go on the field, and it’s increasingly difficult on the converts, who end up being killed. More Christian agencies must get involved in pressuring the U.S. government to crack down on religious persecution.”

The persecution continued Nov. 25 when suicide bombers killed 30 at St. Andrews Military Protestant Church in the northern town of Jaji. Advocates for Christians predict that a likely day for another attack is Dec. 25, since Boko Haram has carried out Christmas Day attacks the last two years.

Almost two weeks after the attack in Kaduna, St. Rita’s congregants returned to the damaged church to remember the victims. Several were laid to rest side by side in a group burial, symbolic of the collective loss. “We were grieved, but leave vengeance for God,” Archbishop Matthew Ndagoso said. “Let’s all intensify our prayers for those who were persecuting the church.”