NFL Player Derek Carr after Signing $125 Million Contract: “First Thing I Will do is Pay My Tithe’ 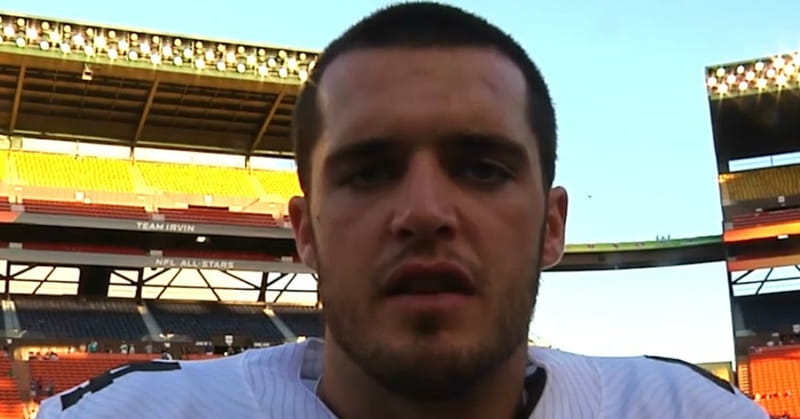 NFL Player Derek Carr after Signing $125 Million Contract: “First Thing I Will do is Pay My Tithe’

NFL player Derek Carr recently signed a multi-million dollar contract with the Oakland Raiders, but the money was not his primary concern.

CBN News reports that, In an interview following news of his five-year, $125 million contract with the Raiders, Carr was asked what he plans to spend the money on.

“First thing I will do is pay my tithe like I have since I was in college, getting $700 on a scholarship check. That won’t change. I’ll do that,” said Carr, who is known for being outspoken about his Christian faith.

Carr added that he and his wife are not extravagant people, but he does want to buy his wife something special.

“I’ll probably get my wife something nice, even though she begs me not to. She still gets coupons. Ever since I’ve known her, she finds coupons, she gets online trying to find discounts and all those things. None of that is going to change. The exciting thing for me, money wise, honestly, is that this money is going to help a lot of people. I’m very thankful to have it in our hands, because it’s gonna help people not only in this country but in a lot of countries around the world. That’s what’s exciting to me.”

One other thing Carr said he would do with the money was buy some delicious chicken sandwiches. “I’ll probably get some Chick-fil-A,” he said.