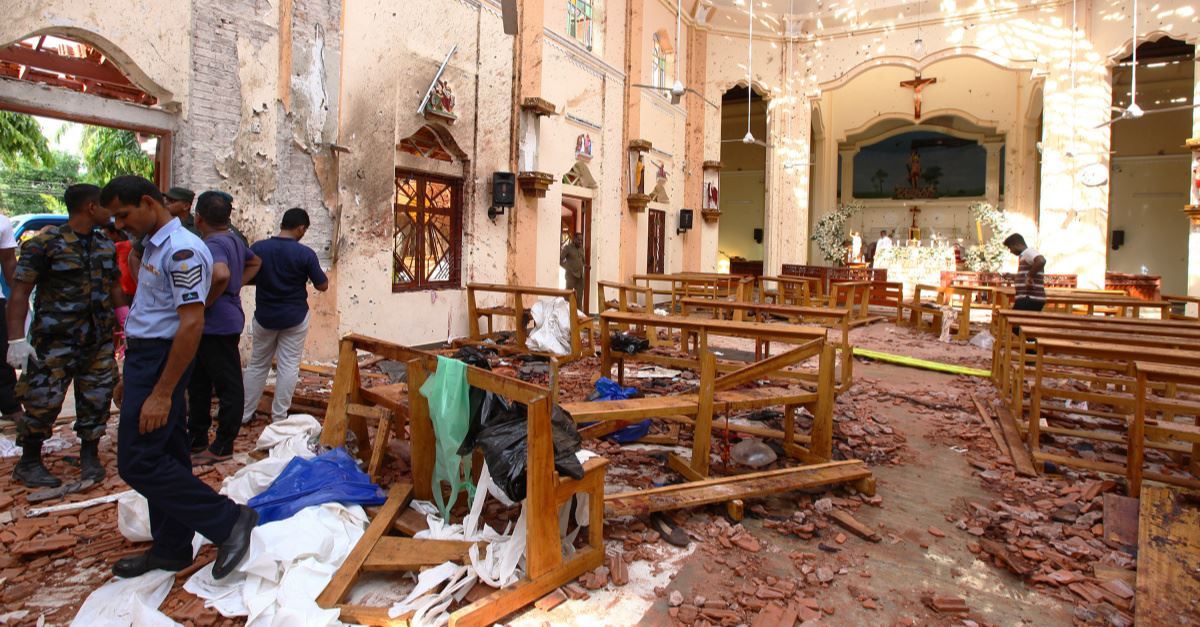 Nearly 300 people were killed and some 500 injured across Sri Lanka as the result of six suicide bombings at churches and hotels on Sunday.

According to the BBC, 24 people were arrested after six suicide bombers entered three churches and three hotels in the Easter Sunday attack.

Reportedly, it is not known who is responsible for the attack yet, but Fox News reports that authorities believe the attack was carried out by a “radical extremist Islamist group” called National Thowheed Jamath.

According to the BBC, the first reports of an explosion came in around 8:45 a.m. local time, and five more blasts quickly followed suit.

Three churches, one in Negombo, one in Batticaloa and one in Colombo's Kochchikade district, were all targeted during Easter services. The Shangri-La, Kingsbury and Cinnamon Grand hotels – all three considered luxury hotels – were also attacked.

Police were able to seize three other bombs, the BBC reports. Authorities carried out two raids – one in Dehiwla and one in Colombo – where they found two bombs. Three officers were killed during the raids.

Authorities discovered the third bomb, seemingly abandoned, near the airport in the capital, Colombo.

According to reports 35 foreigners including Chinese, British, Portuguese, Turkish, Australian, Dutch, Japanese and American citizens are among the 290 dead. The Daily Telegraph reports that among the dead are a British television Chef and her daughter, a family member to British politician Tulip Siddiq and an 11-year-old American boy named Alex Nicholson and his 42-year-old mother Anita.

Following the bombings, the Sri Lankan government implemented a 6 p.m. to 6 a.m. curfew and social media platforms have been blocked in an attempt to stop the spread of false information.

This was the bloodiest attack in Sri Lanka since its civil war ended nearly a decade ago. The government is working to quickly seek justice for the deadly attacks as Prime Minister Ranil Wickremesinghe fears the massacre could offset the stability in the country.