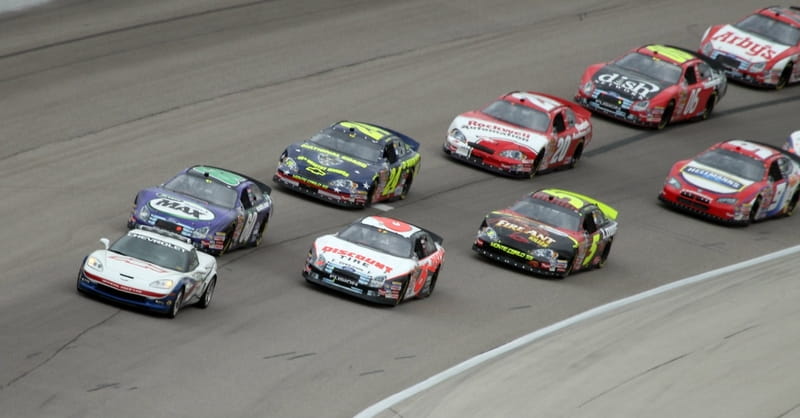 The cockpit of a racecar may not be the first place you may think of finding a verse of Scripture, but thanks to Stevie Waltrip, wife of NASCAR hall of famer Darrell Waltrip, you may just find one there.

The Billy Graham Evangelistic Association tells the story of Stevie and her NASCAR-racing husband, Darrell, and how the Lord gave her a very specific ministry.

Stevie grew up in a Christian home and knew about God, but it wasn’t until later in life that she truly came to understand the Bible and to develop a relationship with Christ.

A friend shared the Gospel with her and she believed.

“I had never heard that before in my life, and that was the picture I needed,” Stevie shared. “That moved me from wherever I was spiritually to a whole other plane. I was on my knees, and I had my hands raised in the air. I’m crying. It was awesome.”

Stevie’s love of the Lord grew quickly. Soon, she was putting Scripture verses in her husband’s racecar where he would see them.

“I believe God’s Word is living and powerful and life changing so I put Scriptures on the dash of his car not for any other reason than to just help him focus on what truly was most important to give him encouragement,” Stevie said.

When Darrell was in a serious car accident, God’s Word became more real to him.

“He spent a night in intensive care. I think the Lord used that to knock him conscious,” Stevie quipped.

When Darrell recovered and went back to racing, Stevie continued to put Bible verses in his car, but now Darrell was more receptive and appreciative of them.

Stevie soon began to become known for her Bible verses. Once, Stevie recalled, when she was giving her husband a Bible verse, racer Dale Earnhardt, Sr. asked, “Well, where’s mine?”

Although she was surprised at Earnhardt’s request, Stevie quickly ran into the racing pit and found something to write on.

"From that point on, I started giving Dale Scripture every race,” Stevie said. “Most of the time I gave (Darrell and Dale) the same Scripture, but every once in a while they would be different. Dale would always take both of them. He would read them, and then he’d decide which one he wanted.”

After looking at Stevie, with a laugh he'd say, "I got the good one, didn't I?"

Although Darrell has retired as a NASCAR driver, both he and Stevie continue to be involved with racing. Darrell has a job as a NASCAR analyst with Fox and Stevie will be attending the Daytona 500 this weekend where she will share a Scripture verse with Dale Earnhardt, Jr.

The legacy she began lives on.