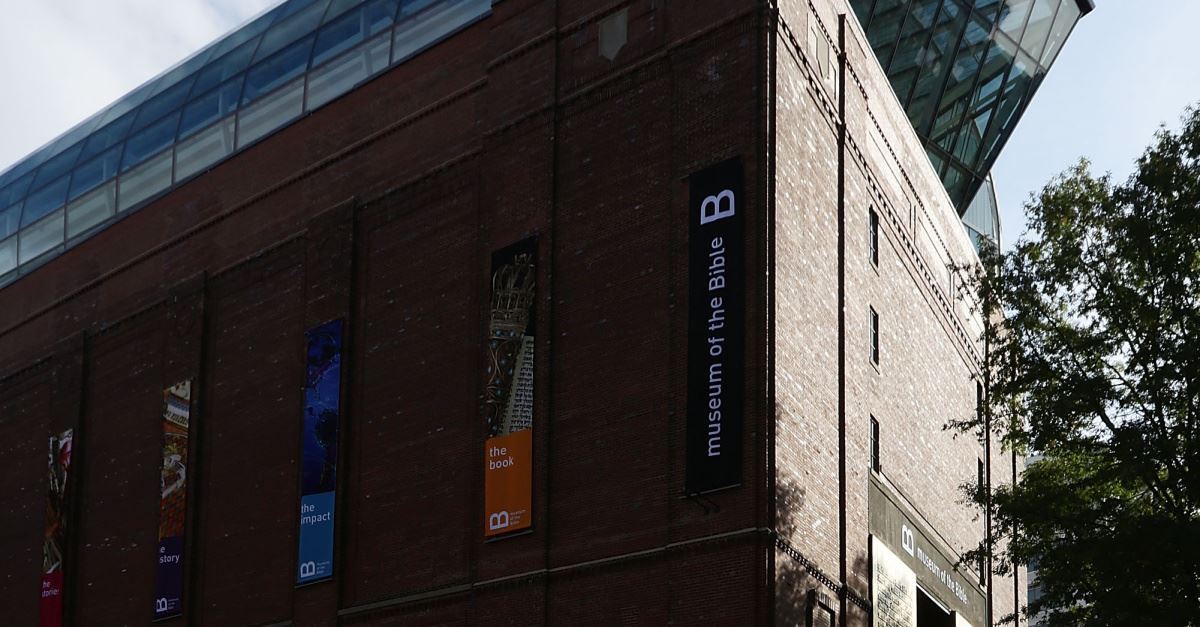 On Monday, the Museum of the Bible announced plans for a “large-scale, year-long temporary exhibit” that will explore important fundamental questions about life and creation through the lenses of both the Bible and science.

According to a Press release, the museum received “significant grants” from the John Templeton Foundation which will fund the project.

The exhibit, which will open in the summer of 2020, will use multimedia and artifacts both from the museum’s collection and from museums around the world to create a “thematic experience.” The exhibit, along with an accompanying educational program is being developed by the museum staff and an international advisory panel consisting of over a dozen scientists and scholars.

The goal of the exhibit, the Washington D.C. based Museum says, is to bridge the gap between religion and science.

“By exploring historical interactions between science and the Bible, this exhibition will shed light on contemporary debates and foster a greater understanding of the shared curiosity about our world that stimulates both scientific inquiry and biblical interpretation,” the press release reads.

The exhibit will seek to provide information about six questions that challenge the existence of life as we know it.

The questions “how did it all begin,” “what keeps the universe running,” “are we different from animals,” “what are we made of,” “where are we going” and “are we alone” will each be given their own section within the exhibit.

He continued, “In keeping with the museum’s intent to cater to all learning styles, this exhibition will not only be informative but engaging. Through this exhibit and accompanying initiatives, we hope guests will leave with a deeper appreciation for humanity’s shared curiosity in the big questions that ultimately inspire both scientific inquiry and biblical exploration.”

The exhibit, which will also be available for viewing in an online exhibition, will also yield guest speakers programs, academic conferences, a classroom curriculum and a travel exhibition through the museum.