Millions without Power in Florida from Hurricane Irma, Now Downgraded to Tropical Storm 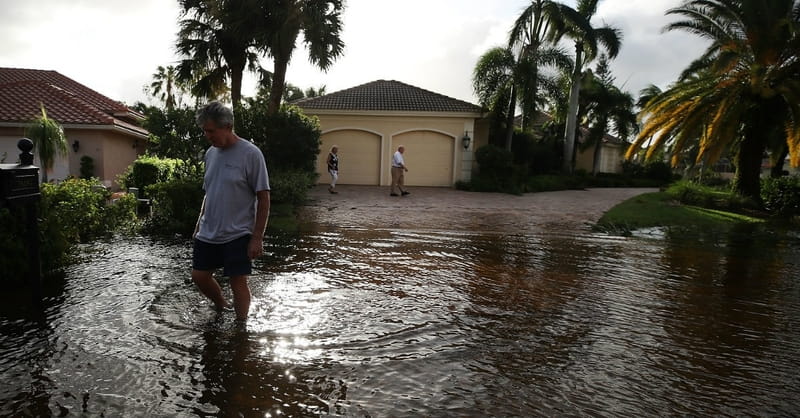 Millions without Power in Florida from Hurricane Irma, Now Downgraded to Tropical Storm

Irma is now a tropical storm, but cities in northeast Florida are still bracing for the storm’s winds and rains.

Irma made landfall Sunday on the Florida Keys as a Category 4 hurricane.

"There's no electricity throughout the Keys. No cell service in at least the lower and middle Keys," said Bill South of the National Oceanic and Atmospheric Administration.

"US 1, the only road that comes in and out of the Florida Keys, there's three choke points -- there are three places that are completely inaccessible."

Hurricane Irma then made landfall again in Marco Island.

"It's the worst storm I've ever seen," South said.

Nearly 6 million people do not have electricity in the state, according to CNN.

Emergency workers have already rescued 25 people in Daytona Beach, and another 125 people were rescued in Orange County.

Several manatees were also rescued from muddy pits after the hurricane stranded the animals.

Jacksonville is expected to sustain severe flooding as Tropical Storm Irma moves north to Georgia. Storm surge and high winds could damage parts of Alabama, Tennessee and the Carolinas, but Florida still isn’t out of trouble, officials say.

"Stay off the roads, stay off the streets, let us complete our assessment, clear the roads of water, power lines, trees and then you can get out there and determine what happened to your individual property or your neighborhood," said Fort Lauderdale Mayor Jack Seiler.

Irma is moving north and will push through Georgia and eastern Alabama overnight and into Tuesday.