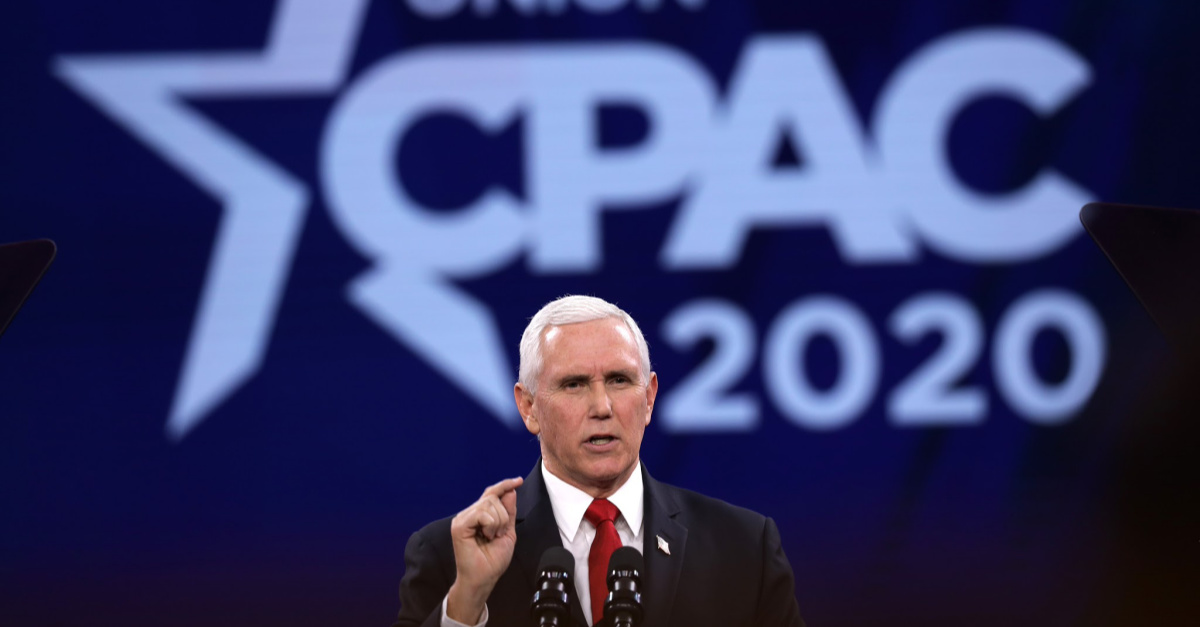 Vice President Mike Pence said this week that pro-life Democrats “have a home” in the Republican party.

As The Christian Post reports, Pence made these remarks while speaking at the annual Conservative Political Action Conference on Thursday near Washington, D.C.

“Life is winning in America,” he said. “That’s what makes it so remarkable that every leading Democrat running for president has actually said that there’s no room in today’s Democratic Party for pro-life voters.”

“So let me say to every pro-life American, Republican, independent, or Democrat: You have a home in today’s Republican Party.”

In recent weeks, Democratic presidential candidates have debated what place pro-life supporters may have within the Democratic party.

“By this time in history, I think when we talk about what a Democrat is, I think being pro-choice is an essential part of that,” Democratic presidential candidate Bernie Sanders said at a forum earlier this month.

Candidate Sen. Amy Klobuchar also addressed the topic on ABC’s The View, saying that pro-life supporters are “part of our party.”

“I believe we are a big tent party and there are pro-life Democrats and they are part of our party,” she said.

During his speech Thursday, Pence discussed the Trump administration’s work on the economy, trade and immigration. He also said he was “proud to be vice president to a president who stands without apology for the sanctity of human life.”

“This president reinstituted the Mexico City Policy to make sure that no taxpayer dollars will be used to promote or provide abortions overseas,” Pence said.

“He made history by becoming the first president to attend the March for Life last month, on the National Mall. And he signed legislation to make it possible for every state to deny Title X funding to abortion providers.”