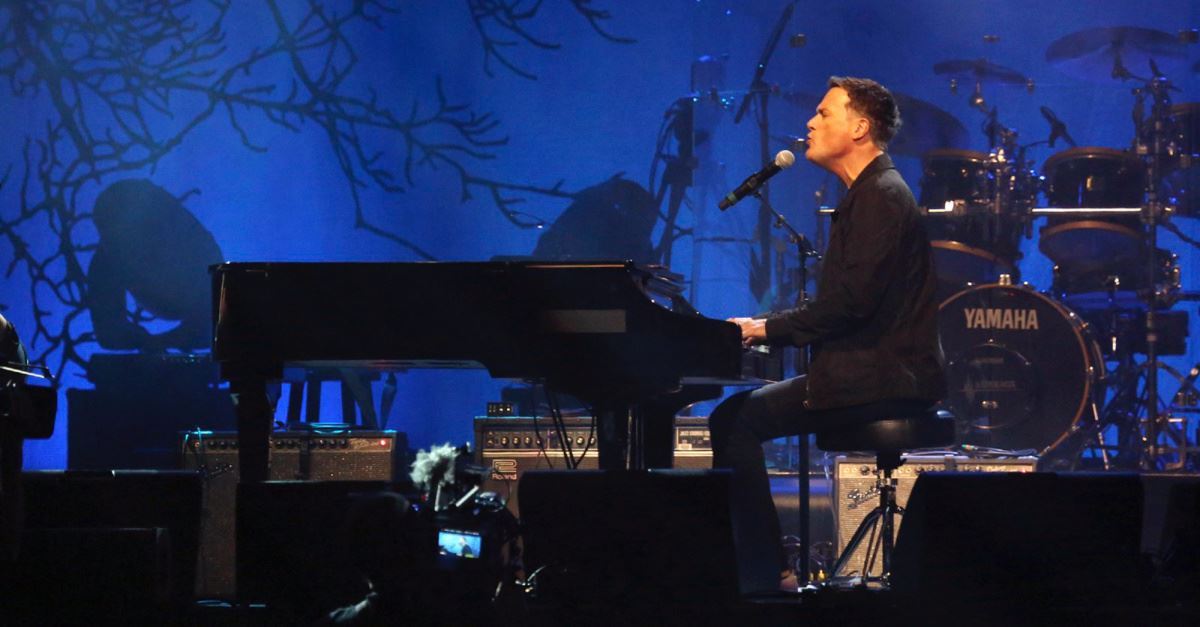 (RNS) — Grammy Award-winning artist Michael W. Smith hopes to share the secrets of his success with students at Liberty University this coming fall.

He’ll be joined by Kevin Jonas, the father and original manager of the Jonas Brothers, the megapopular sibling rock trio.

Both will play key roles at the new Michael W. Smith Center for Commercial Music, which opens Aug. 1 at Liberty, a conservative evangelical Christian university based in Virginia.

Smith, a Christian artist with crossover success, will direct the center.

Jonas’ role is still being defined but will involve working with Liberty students to record and promote their work and connecting with mainstream artists interested in signing with the new music label it plans to launch alongside the center.

The school hopes the center and label — working name: Liberty Music Group — not only will give students experience recording an album but also will attract artists — both mainstream and Christian — from across the country, according to Vernon M. Whaley, dean of the School of Music.

“Our mission for the university is training and equipping champions for Christ,” Whaley said. “What I tell my students is it doesn’t matter what kind of music you’re going to go into, God’s called you to take worship to the nations.”

Liberty’s School of Music has about 980 resident students, according to the dean.

So, he said, “We decided, OK, we’re going to claim the territory for training and equipping for worship majors and worship pastors and those who are going to be involved on a vocational basis in the area of worship.”

The new center will take that training to the “mainstream market,” which the school views as a place for evangelism.

The center will house several existing programs, including a Bachelor of Music in commercial music with emphases in artist development; songwriting; recording, engineering and producing; publishing and producing; or film score production.

It will also be home to a brand-new $2 million recording studio for its label, according to Whaley.

Denson has served on the advisory council for the School of Music for 14 years. He helped bring Smith and Jonas to the center and is expected to attract more artists who want to give back to budding musicians.

“These artists remember how hard it was starting out, working years and years to have the opportunity to record on a major label,” he said in a written release.

“So when they have a chance to give back to those who are really wanting to seek what they did, and walk down the same path, they are more than willing and excited to invest in them.”

Denson called Jonas “a liaison to the other side of the coin.”

Early in their careers, brothers Kevin, Nick and Joe wore purity rings — jewelry indicating one’s desire to save sex for marriage that was popular in the Christian purity movement in the 1990s — while singing mainstream pop songs like “Burnin’ Up.”

Smith found success on both the Christian and mainstream charts with songs like 1991’s “Place in this World.”

Last year, he performed at the funerals of evangelist Billy Graham and former President George H.W. Bush in 2018.

The opening of the new center follows reports Liberty cut staff at its School of Divinity at the end of the last school year.

Liberty President Jerry Falwell Jr. — more often in the news for his vocal support of President Trump — told Inside Higher Ed at the time that those cuts were part of a “cultural shift from full-time ministry workers to Christians in all professions working to make a difference.”